Memphis is coming off a 30-27 win over Houston in its last game of the regular season. Memphis finished the season with a 7-3 record, but overall it was not the most impressive season for the Tigers out of the AAC. Memphis' three losses came to Tulane, Cincinnati, and SMU. Memphis had a 5-3 record in conference play, and its nonconference games were against two weak teams in Arkansas State and Stephen. F Austin. Memphis had big aspirations with Brady White at quarterback in his senior year, but the nonexistent running game and porous defense led to a season that had underwhelming performances. Memphis scores 31.6 points per game and earns 451.5 total yards of offense per contest as well. Memphis also allows 29.7 points per game and concedes 448.7 total yards per game as well.

Florida Atlantic ended its regular season with a 45-31 shocking loss to Southern Mississippi, which ended up being a painful stain on what was otherwise a decent season for the Owls. Losing to Southern Miss by any score this season was never okay, and to do it by 14 and have Southern Miss score 45 points is plainly embarrassing. FAU ended the regular season with a 5-3 record out of the Conference-USA. FAU had wins over some pretty weak teams like UMass, FIU, and Western Kentucky. Other than the Southern Miss snafu, FAU did not have any major losses, as the other two came to Marshall and Georgia Southern. FAU scores 20.0 points per game and earns 328.9 total yards of offense per contest as well. FAU also allows 16.5 points per game and concedes 326.4 total yards of offense to its opponents.

Memphis opens as an 8.5-point favorite and the total is set at 50.5. This game should not even be close. If Southern Miss can beat FAU by 14, imagine what Brady White and Memphis could do to it. I do not think FAU stands a chance here, and it is a real shame that Memphis has to play in this weak of a bowl game. 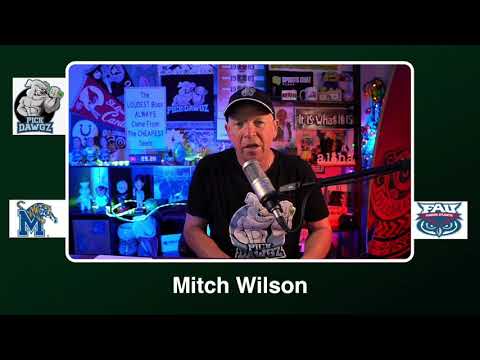