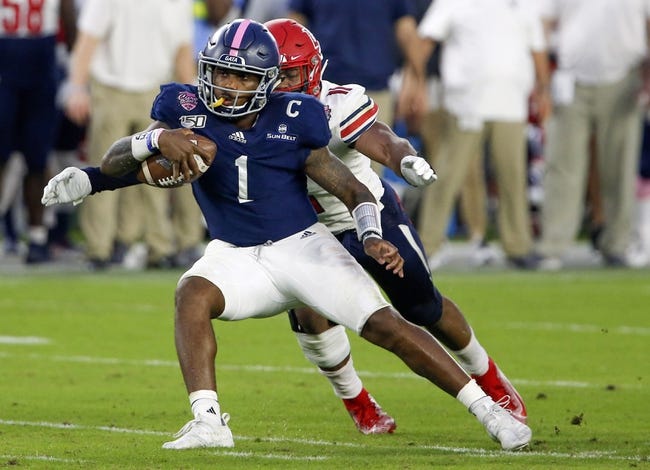 The Louisiana Tech Bulldogs and Georgia Southern Eagles will square off at the Mercedes-Benz Superdome this upcoming Wednesday afternoon in the R+L Carriers New Orleans Bowl.

The Louisiana Tech Bulldogs finished their regular season with an overall record of 5-4 and finished 3rd in C-USA West play with a 4-2 conference record. It was an interesting season for the Bulldogs as they started off the year with an 4-3 record, including a solid 37-34 win against UAB, however, than had the entire month of November off due to Covid-19 before finishing off the season with a 42-31 win over North Texas and a 52-10 loss to the TCU Horned Frogs. This will be the 7th straight bowl appearance for Skip Holtz and the Bulldogs have won six straight bowl games after defeating the Miami Hurricanes by a 14-0 margin in last year’s Independence Bowl.

The Georgia Southern Eagles finished their regular season with an overall record of 7-5 while finishing t-3rd in the Sun Belt – East with a 4-4 conference record. Georgia Southern had a strong start to their season, winning six of their first eight games which included a competitive 20-18 loss at Louisiana, however, the Eagles did struggle down the stretch, losing three of their last four games including a 34-26 loss at home against Appalachian State in their regular season finale. This will be the 3rd straight Bowl appearance for Georgia Southern as the Eagles defeated the Eastern Michigan Eagles in the 2018 Camellia Bowl while losing to the Liberty Flames in the New Orleans Bowl last season.

Louisiana Tech has been lights out in Bowl games over the past six years, however, this just not as strong as a Louisiana Tech team that we’ve seen in previous years and the Bulldogs looked particularly bad on both ends of the ball in their last game against TCU. Georgia Southern is a solid football team with a rushing attack that should have success against the Bulldogs 88th ranked rushing defense and as I think the Eagles defense will give Luke Anthony and Louisiana Tech some trouble, I’m taking Georgia Southern to cover this spread. Good Luck!