The UCF Knights and BYU Cougars face off on Tuesday in the Boca Raton Bowl at FAU Stadium.

The BYU Cougars looked like they might be on the way to a New Years Day Six bowl before they were defeated by Coastal Carolina a few weeks ago. BYU comes into this game with a 10-1 record with the only loss coming against the Chanticleers. In the last game against San Diego State the offense wasn’t as good again only putting up 28 points and there has to be some questions heading into this game about the offense. Overall this season BYU is averaging 43 points per game while the defense is giving up 14.6 points per game. BYU is led by quarterback Zach Wilson and on the season he has thrown for 3,274 yards, 30 touchdowns and three interceptions.

On the other side of this matchup is the UCF Knights who sit with a 6-3 record but they are still one of the most exciting offenses in all of college football. On the season UCF is averaging 44.3 points per game while their defense is giving 31.4 points per game. UCF’s last game was against South Florida, and the offense was elite putting up 58 points and that led to the victory, In this game for Central Florida it’s all going to be about the offense running up the score. Trusting this defense might not be enough so every offensive position is going to be important.

These are two offenses that are elite and that is going to continue in this game. Look for both teams to run up the score and this score will go well over the posted total. This game should finish over 80 points. 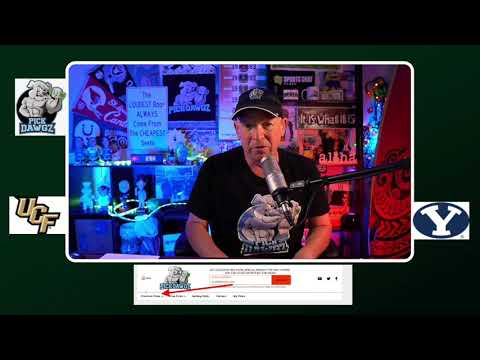