The North Texas Mean Green and Appalachian State Mountaineers face off on Monday in the Myrtle Beach Bowl at Brooks Stadium.

North Texas hasn’t had the best season  so far this year and they are actually currently sitting under .500 with a 4-5 record. North Texas however is coming off a win against UTEP in the last game putting up 45 points and that was enough to come away with the victory. All season North Texas has had poor defense, but their offense has been good and some games it’s been enough to come away with wins. On the season, North Texas is averaging 35.1 points per game while their defense is giving up 41.3 points per game. Austin Aune should be under center for Texas in this game and coming into this one he has thrown for 1650 yards, 13 touchdowns, and four interceptions. In the last game, Aune threw for 302 yards and five touchdowns.

On the other side of this matchup is the Appalachian State Mountaineers who sit with an 8-3 record overall and in their last game against Georgia Southern it was a tough battle but they came away with a 34-26 victory. On the season App State is averaging 31.8 points per game while their defense is giving up 19.3 points per game. App State is a run first team averaging 243.6 yards per game on the ground. Under center for the Mountaineers is Zac Thomas who comes into this game having thrown for 2,075 yards, 19 touchdowns, and 11 interceptions. The interceptions are an issue and in this game he needs to take better care of the ball. The MOuntaineers defense is also going to need to step up in a big way in this game.

North Texas is 6-21 against the spread in their last 27 games overall. 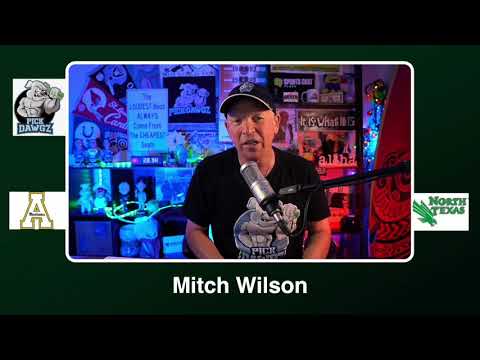