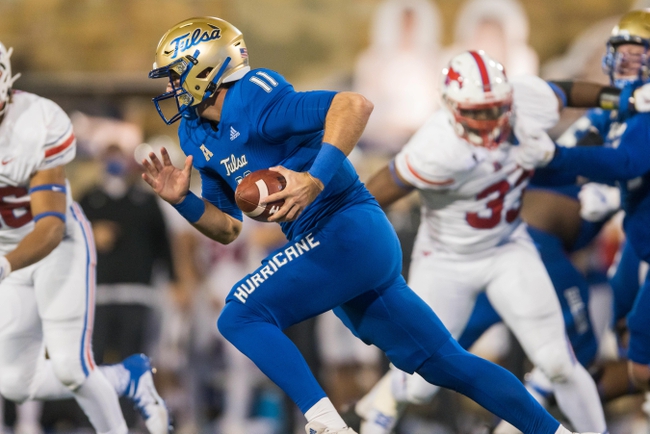 The 24th ranked Tulsa Golden Hurricane will travel to Nippert Stadium to take on the 8th ranked Cincinnati Bearcats in the AAC Championship this Saturday night.

The 24th ranked Tulsa Golden Hurricane won their 6th straight game and improved to 6-1 on the season after defeating the Navy Midshipmen, 19-6, this past Saturday. Tulsa’s defense was outstanding against the Navy rushing attack and had no trouble securing the victory after taking 10-point lead with 10:58 left in regulation on a 37-yard FG by Zack Long. Tulsa outgained Navy by a 296-153 margin and forced 1 turnover in the victory. Leading the way for the Golden Hurricane was QB Zach Smith who completed 10 of 25 passes for 168 yards & 1 TD.

The 8th ranked Cincinnati Bearcats come into this game with an overall record of 8-0 after defeating the UCF Knights, 36-33, on November 21st. In their toughest test of the season, Cincinnati was able to hold on for the victory after taking a 36-25 lead with 7:15 left in regulation on a 7-yard TD reception by Leonard Taylor. Cincinnati outgained UCF by a 482-359 margin and forced 1 turnover in the victory. Leading the way for the Bearcats was QB Desmond Ridder who completed 21 of 32 passes for 338 yards & 2 TD while also adding 2 TD’s on the ground.

Cincinnati was supposed to take on Tulsa on the road last week before being cancelled due to Covid-19 and now we’ll have the same matchup for the AAC Championship in Cincinnati. Cincinnati has been a team that has paid off for us throughout the season, however, similar to my writeup last week, I’m a big fan of this Tulsa defense which I think can give Cincinnati some trouble. Tulsa will need a big game from Zach Smith, however, as I think this has a chance to be a low-scoring slugfest, I’m taking Tulsa and the points in this one. 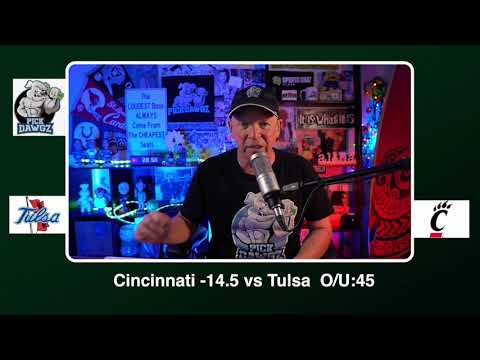