The Illinois Fighting Illini and the Penn State Nittany Lions face off in a college football showdown at Beaver Stadium.

Illinois has fired Lovie Smith but they are still hoping to finish their season strong with a victory. Illinois has shown some flashes of taking a step forward, but for the most part, that hasn’t worked out, and they have only won two games. Illinois is coming off a game where they could only score 10 points, and overall this season they are averaging only 20 points per game. The defense hasn’t been very strong either this year giving up 31.9 points per game. This Illinois team have a lot of questions and the biggest question is who will be under center. Brandon Peters could start under center but Coran Taylor could also get some playing time too.

On the other side of this matchup is the Penn State Nittany Lions who sit with a 3-5 record but all three of those wins come in their last three games. In the last game against Michigan State the offense was elite putting up 39 points and that led to the comfortable victory. Each of the last three games Penn State has covered the spread. Sean Clifford had a big game in the last one putting up 232 yards and two touchdowns. Clifford also rushed for 48 yards and a touchdown. In this game for Penn State it’s going to be all about the offense running up the score.

Illinois offense is a problem and that will lead to Penn State getting the job done. Penn State Is going to run up the score, Illinois won’t be able to keep up, and the Nittany Lions will come away with a cover of the spread. In terms of the total, Illinois is going to struggle to score much, that the under will also cash. 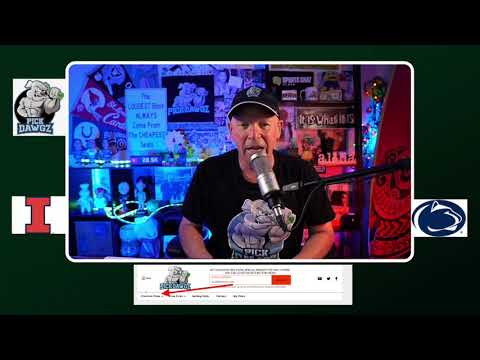