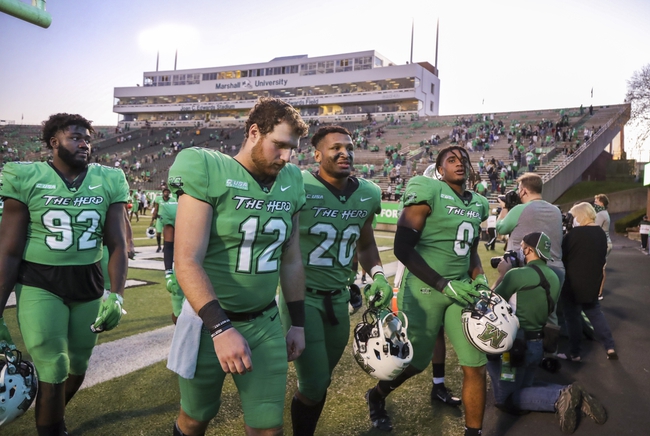 UAB is coming off a 21-16 win over Rice in its last game on December 12th. UAB was a seven-point favorite in that game, so the Blazers were not able to cover the spread in their regular-season finale. UAB has won three of its last five games overall and was able to snap a two-game losing streak with the win over Rice. UAB has scored 29.3 points per game and has earned 393.0 total yards of offense per contest as well. This includes 195.0 passing yards and 198.0 rushing yards per game. On defense, UAB has allowed 22.5 points per game to its opponents. UAB has conceded only 319.3 total yards of offense to its opposition, as the defense has held up very well for UAB. UAB plays a very similar game to Marshall in relying on the defense and scoring timely points, so this should be a great game to watch.

Marshall is coming off its first loss of the season to Rice in Week 14 by the final score of 20-0. That game was one of the biggest upsets of the entire season, as Marshall had been so dominant up to that point in the season. To make matters worse, Rice was without its starting quarterback as well, making Marshall an even bigger favorite. Marshall is still 7-1 and 4-1 in conference play, and will look to earn the C-USA Championship that most people had thought was already a lock a few weeks ago. Marshall scores 32.8 points per game and earns 424.5 total yards of offense per contest as well. Marshall allows 11.4 points per game and concedes only 253.9 yards of offense to its opposition, as its defense has been nearly unbeatable in 2020.

Marshall opens as a 5.5-point favorite and the total is set at 42. I like the under here, as this should be a classic defensive battle between two teams that rely on their defenses. 42 points seem to be too much in this one. 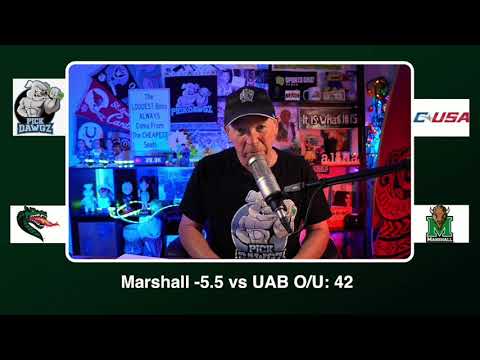