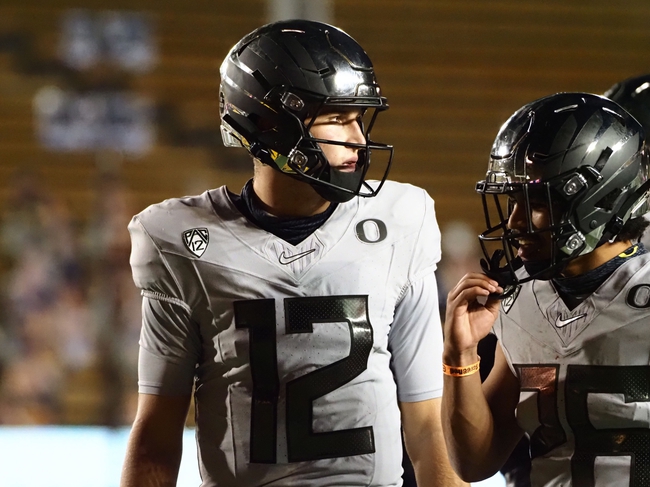 Where to Watch: FO Stream live sports and exclusive originals on ESPN+. Sign up now!

The Oregon Ducks and USC Trojans face off on Friday in the Pac 12 Championship at L.A. Memorial Coliseum.

USC was originally supposed to play Washington in the title game, but the Huskies had to pull out because of COVID so Oregon is now filling in.

The Oregon Ducks have to feel fortunate to be getting this chance after losing two games in a row. Two games ago against Oregon State they lost 41-38 and in the last game Cal they lost 21-17. Oregon is a strong offensive team for the most part, but their defense has been an issue. Even in their win against UCLA, the Ducks still gave up 35 points. Oregon’s defense is giving up 28 points and 419 yards per game. The star under center for Oregon this year has been Tyler Shough who has thrown for 1389 yards, 11 touchdowns, and four interceptions. Oregon is also rushing for almost 190 yards per game on the ground. In this game Oregon is going to need to need their defense to step up or they will be in trouble.

On the other side of this matchup is the USC Trojans who have won all five of their games this season and they have covered the spread in each of the last three games. Much like Oregon, the offense has been good this year, but at times their defense has struggled. USC’s last game against UCLA was back and forth, but they were able to make the winning plays late, On the season, USC is averaging 35.2 points per game while their defense is giving up 25 points per game. USC has Kedon Slovis under center on the year he has thrown for 1061 yards, 15 touchdowns, and four interceptions.

These are two strong offensive teams and there is going to be no shortage of scoring in this game. Look for both teams to run up the score and that will lead to this game going well over the total.