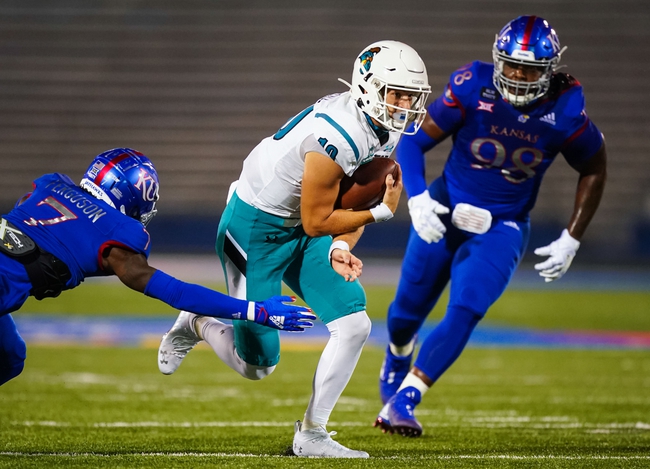 The 19th ranked Louisiana Ragin’ Cajuns won their 6th straight game and improved to 9-1 on the season after defeating the Appalachian State Mountaineers, 24-21, on December 4th. Louisiana already had their ticket punched to the Sun Belt Championship as the closest competition in the Sun Belt – West was the 4-7 South Alabama Jaguars, however, the Ragin’ Cajuns still came to play and beat a very good Appalachian State team. Louisiana was outgained by Appalachian State by a 290-227 margin, however, won the turnover battle by a 3-0 margin in the victory. Leading the way for the Ragin’ Cajuns was QB Levi Lewis who completed 8 of 23 passes for 101 yards & 1 TD while also adding 77 rushing yards.

The 13th ranked Coastal Carolina Chanticleers keep their undefeated season alive and improved to 11-0 on the season after defeating the Troy Trojans, 42-38, this past Saturday. Coastal Carolina had more of a battle than expected as Troy took a 38-35 lead with just 1:20 left in regulation after scoring two TD’s in a span of 1:28, however, the Chanticleers were able to recover and score the game winning TD on a 23-yard reception by Jaivon Heiligh with :35 seconds left in the game. Coastal Carolina outgained Troy by a 514-443 margin and won the turnover battle by a 3-1 margin in the victory. Leading the way for the Chanticleers as WR Jaivon Heiligh who had 11 receptions for 138 yards & 2 TD’s.