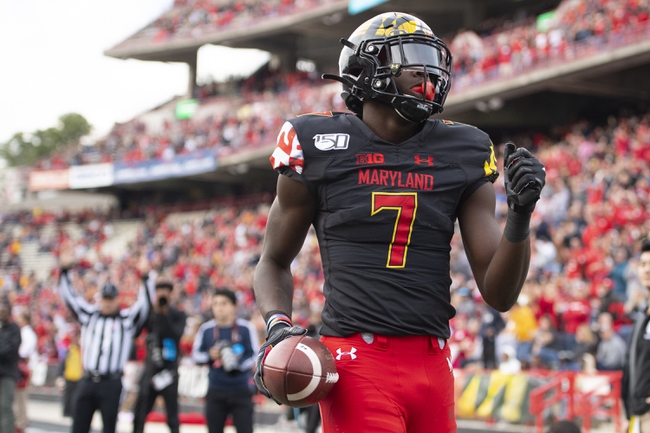 The Michigan State Spartans will travel to Capital One Field at Maryland Stadium to take on the Maryland Terrapins this Saturday night in College Football action.

The Michigan State Spartans lost their 2nd straight game and dropped to 2-5 on the season after being defeated by the Penn State Nittany Lions, 39-24, this past Saturday. Michigan State held a 24-18 lead late in the 3rd quarter, however, the defense struggled down the stretch and allowed Penn State to pull away after the Nittany Lions closed out the game on a 21-0 run. Michigan State was outgained by Penn State by a 405-389 margin and committed 1 turnover in the loss. Leading the way for the for Spartans was QB Payton Thorne who completed 22 of 39 passes for 325 yards, 3 TD, & 1 INT.

The Maryland Terrapins lost their 2nd straight game and dropped to 2-3 on the season after being defeated by the Rutgers Scarlett Knights, 27-24 in OT, this past Saturday. Maryland had some costly turnovers against Rutgers and could not force a 2nd OT after Joseph Petrino missed a 50-yard game-tying FG attempt. Maryland outgained Rutgers by a 455-379 margin, however, lost the turnover battle by a 2-0 margin in the loss. Leading the way for the Terrapins was RB Jake Funk who had 17 carries for 180 yards & 1 TD.

Michigan State picked up a very nice win earlier this season against Northwestern, however, it’s been a tough season for the Spartans as they come into this game ranked just 115th in scoring offense & 97th in scoring defense. Maryland might not have Taulia Tagovailoa, however, as the Terrapins still have some solid offense weapons in Dontay Demus Jr. & Jake Funk and have to be encouraged by the play of QB Eric Najarian last game, I think Maryland covers this small home spread. Good Luck!