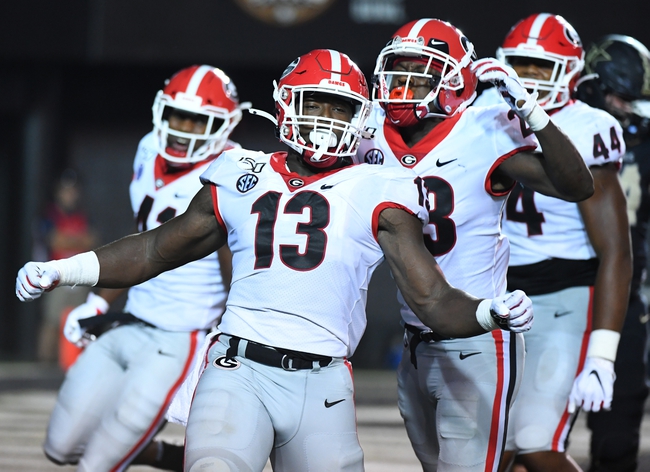 The Vanderbilt Commodores will travel to Sanford Stadium to take on the 9th ranked Georgia Bulldogs this Saturday afternoon in College Football action.

The Vanderbilt Commodores are still searching for their first win of the season as Vanderbilt fell to 0-9 on the season after being defeated by the Tennessee Volunteers, 42-17, this past Saturday. Vanderbilt had no answers on either side of the ball against the Volunteers and could not fight back after Tennessee took a 35-10 lead early in the 3rd quarter on a 20-yard TD run by Ty Chandler. Vanderbilt was outgained by Tennessee by a 540-292 margin and committed 1 turnovers in the loss. Leading the way for the Commodores was QB Ken Seals who completed 22 of 39 passes for 239 yards, 2 TD, & 1 INT.

The 9th ranked Georgia Bulldogs won their 3rd straight game and improved to 7-2 on the season after defeating the 25th ranked Missouri Tigers, 49-14, this past Saturday. Georgia dominated Missouri, especially on the defensive end, and had no trouble securing the victory after 21 unanswered points gave Georgia a 42-14 lead with 5:54 left in the 3rd quarter. Georgia outgained Missouri by a 615-200 margin and didn’t commit a single turnover in the victory. Leading the way for the Bulldogs was QB JT Daniels who completed 16 of 27 passes for 299 yards & 3 TD.

Vanderbilt looks like it has pretty much packed in this season after an ugly home loss against Tennessee and it’s going to be hard to believe that the Commodores offense is going to have any success against a tough Georgia defense on the road. Georgia’s offense seems like it’s finally clicking after putting up 94 points over their last two games and as the Bulldogs will want to finish off the season with an impressive win to get into a better bowl game, I’m taking Georgia to cover this large spread at home. Good Luck!