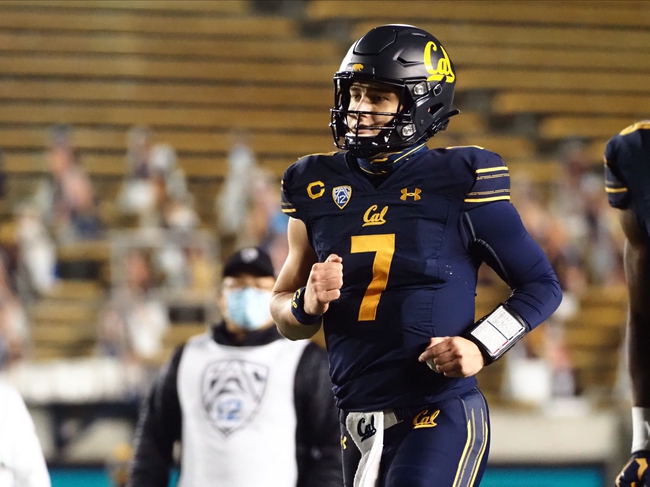 The Arizona Wildcats will travel to California Memorial Stadium to take on the California Golden Bears this Saturday in College Football action.

The Arizona Wildcats fell to 0-5 on the season after being defeated by the Arizona State Sun Devils, 70-7, this past Saturday. Arizona could not do anything to protect the ball on the offensive end and had no change of fighting back after Arizona State too a 42-0 lead with 5:25 left in the 2nd quarter. Arizona was outgained by Arizona State by a 486-350 margin and committed 7 turnovers in the loss. Leading the way for the Wildcats was WR Ma’jon Wright who had 8 receptions for 85 yards. The poor performance by the Wildcats cost head coach Kevin Sumlin his job as he was let go this past Sunday.

The California Golden Bears had their game last week against Washington State cancelled due to Covid-19 and come into this game with an overall record of 1-3 after defeating the 23rd ranked Oregon Ducks, 21-17, on December 5th. California was solid defensively against the potent Oregon offense and was able to hand on later after taking a 21-17 lead with just 5:14 left in regulation on a 28-yard TD reception by Nikko Remigio. California was outgained by Oregon by a 368-271 margin, however, won the turnover battle by a 2-0 margin in the victory. Leading the way for the Golden Bears was QB Chase Garbers who completed 20 of 32 passes for 183 yards & 1 TD.

Arizona’s program is currently in shambles after an embarrassing loss to their in-state rivals last week and it’s hard to imagine a team that has been awful on both ends of the field and will be under a new head coach will find much success in this one. California can sometimes get in trouble with TO’s, however the Golden Bears defense should be able to limit the offensive production for the Wildcats while the offense should find more success against Arizona’s 121st ranked scoring defense.

The line has yet to be released for this one, however, it is going to be hard for me to get away from taking California to cover a large number. Please check back later for my official pick!