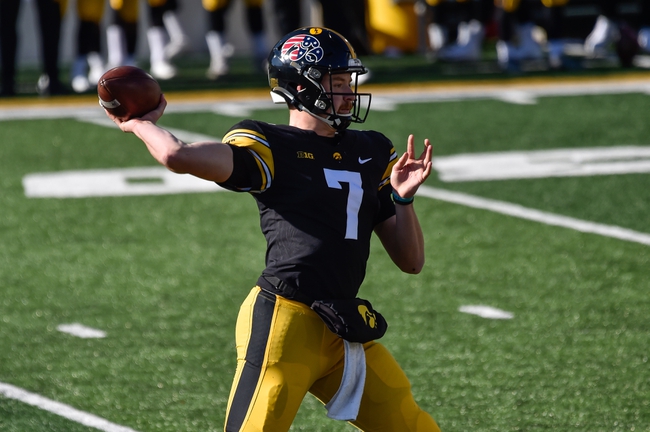 The 16th ranked Wisconsin Badgers will travel to Kinnick Stadium to take on the 19th ranked Iowa Hawkeyes this Saturday in College Football action.

The 16th ranked Wisconsin Badgers lost their 2nd straight game and dropped to 2-2 on the season after being defeated by the 12th ranked Indiana Hoosiers, 14-6, this past Saturday. Wisconsin once against struggled offensively and could not fight back after Indiana took a 14-3 lead on a 7-yard TD pass by Whop Philyor with 11:03 left in the 3rd quarter. Wisconsin was outgained by Indiana by a 342-217 margin, however, lost the turnover battle by a 2-1 margin in the loss. Leading the way for the Badgers was RB Jalen Berger who had 87 rushing yards on 15 carries.

The 19th ranked Iowa Hawkeyes won their 5th straight game and improved to 5-2 on the season after defeating the Illinois Fighting Illini, 35-21, this past Saturday. Iowa got off to a slow start against the Hawkeyes, however, Iowa found their footing in the 2nd quarte and had no trouble securing the victory after 35 unanswered points gave Iowa a 35-14 lead with 1:56 left in the 4th quarter. Iowa outgained Illinois by a 424-348 margin and didn’t commit a turnover in the victory. Leading the way for the Hawkeyes was QB Spencer Petras who completed 18 of 28 passes for 220 yards & 3 TD.

Wisconsin is a solid team, however, I just can’t trust the Badgers offense, which has put up just a combined 13 points over their last two games to do anything better on the road against an Iowa team that ranks 14th in scoring defense. I expect this to be a low-scoring battle, however, I think Iowa will come away with the victory and cover at home in this one. Good Luck.

UPDATE (12/10/20) - The line has really shifted over the past few days as Wisconsin is now favored, however, I'm sticking to my original thoughts and going to take Iowa with the points. 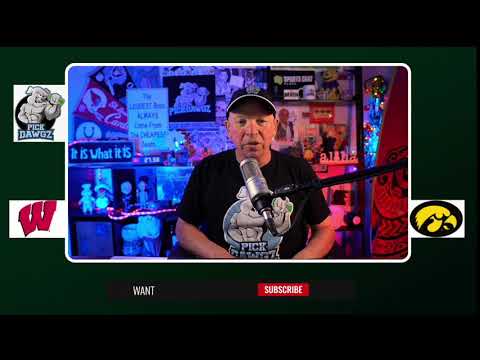