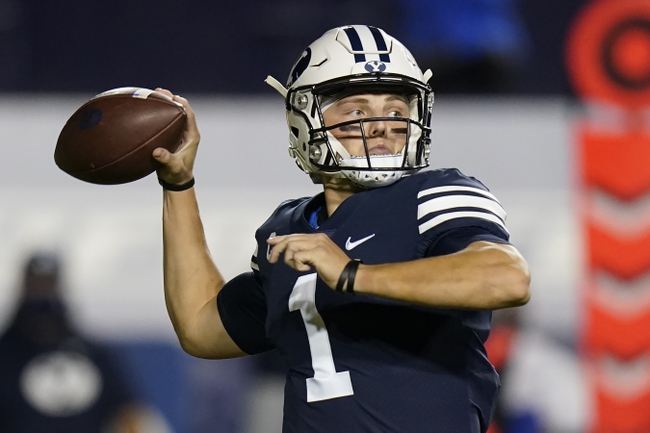 The San Diego State Aztecs will travel to LaVell Edwards Stadium to take on the 13th ranked BYU Cougars this Saturday night in College Football action.

The San Diego State Aztecs improved to 4-3 on the season after defeating the Colorado State Rams, 29-17, this past Saturday. San Diego State was outstanding defensively in the 2nd half against the Rams and was able to pull away for the victory after going into halftime with a 23-17 lead. San Diego State was outgained by Colorado State by a 265-247 margin and won the turnover battle by a 2-0 margin in the victory. Leading the way for the Aztecs was QB Jordon Brookshire who completed 14 of 24 passes for 130 yards & 1 TD while also adding 38 rushing yards.

The 13th ranked BYU Cougars dropped to 9-1 on the season after being defeated by the 18th ranked Coastal Carolina Chanticleers, 22-17, this past Saturday. In one of the more exciting games of the season, the Chanticleers defense came up big late, stopping the BYU on the 1-yard line on the final play of the game. BYU outgained Coastal Carolina by a 405-366 margin, however, lost the turnover battle by a 2-1 margin in the loss. Leading the way for the Cougars was RB Tyler Allgeier who had 106 rushing yards & 1 TD on 13 carries.

BYU has to be disappointed that they could not keep their undefeated season alive after losing to Coastal Carolina, however, this is still a very good football team that can get it down on both ends of the field. San Diego State has a decent defense, however, between the fact that I’m concerned that the Aztecs offense won’t have much success and that I think Zach Wilson will be able to generate some TD’s, I’m taking BYU to bounce back and cover this double-digit spread at home. Good Luck. 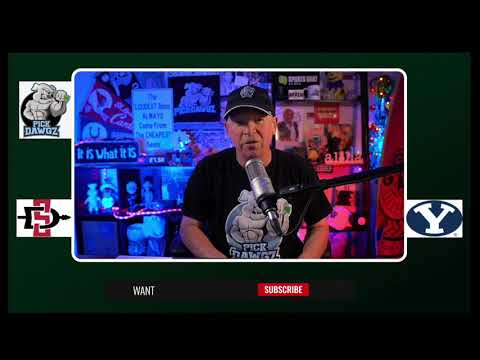