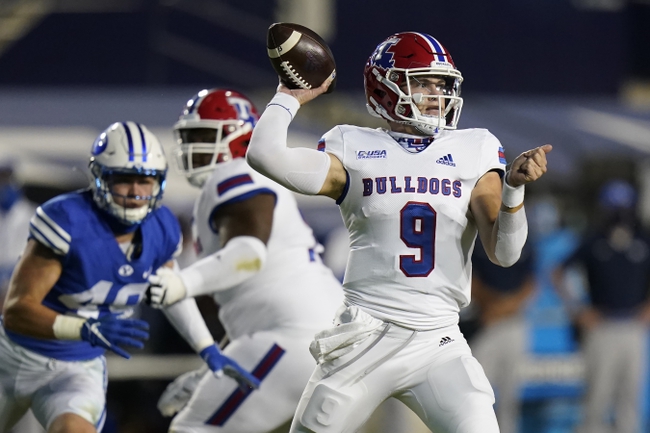 The Louisiana Tech Bulldogs will travel to Amon G. Carter Stadium to take on the TCU Horned Frogs this Saturday night in College Football action.

The Louisiana Tech Bulldogs improved to 5-3 on the season after defeating the North Texas Mean Green, 42-31, on December 3rd. Louisiana Tech used a big 2nd quarter to take a 28-17 halftime lead and was able to pull away after a 6-yard TD reception by Smoke Harris gave the Bulldogs a 35-17 lead with 5:13 left in the 3rd quarter. Louisiana Tech was outgained by North Texas by a 386-341 margin and forced 1 turnover in the victory. Leading the way for the Bulldogs was RB Israel Tucker who had 161 rushing yards & 2 TD’s on 37 carries.

The TCU Horned Frogs won their 2nd straight game and improved to 5-4 on the season after defeating the 15th ranked Oklahoma State Cowboys, 29-22, this past Saturday. TCU struggled with turnovers, however, the offense still had plenty of success against a tough Cowboys defense and pulled away after a 71-yard TD reception by Derius Davis gave the Horned Frogs the lead for good with 7:56 left in regulation. TCU outgained Oklahoma State by a 501-418 margin and won despite committing 5 turnovers. Leading the way for the Horned Frogs was QB Max Duggan who completed 12 of 26 passes, 265 yards, 1 TD, & 1 INT while also adding 104 yards & 2 TD’s on the ground.

TCU has been playing well as of late, however, this is just a bunch points to give a Louisiana Tech team that has a QB that can put up some points. I think TCU gets the win here by double-digits, but the Bulldogs keep this one within the number and cover. Good Luck! 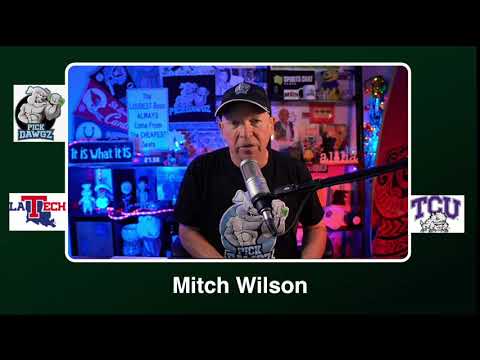