The Coastal Carolina Chanticleers and Troy Trojans will face off on Saturday in a college football matchup at Veterans Memorial Stadium.

The Coastal Carolina Chanticleers were projected to finish near the bottom of their conference but right now they are competing to be one of the best teams in the country. Coastal Carolina comes into this game with a perfect 10-0 record and in their last game they beat BYU, a team that was being talked about as a playoff team maybe. Coastal Carolina’s offense has been good, but their real strength has been the defense that is giving up 16.8 points per game. In the last game, Coastal Carolina slowed down a very good BYU offense and held them to only 17 points. At quarterback, Coastal Carolina is led by Grayson McCall has been a star for this team throwing for 1832 yards, 20 touchdowns, and one interception.

On the other side of this matchup is the Troy Trojans who have had all kinds of issues this season, but they are coming off a win in their last game. In the last game against South Alabama the defense locked down giving up zero points, and that led to a 29 point victory. On the season Troy is averaging 26.3 points per game while the defense is giving up 24.1 points per game. One big question heading into this game is the status of Jacob Free and if he is healthy will he go. Free has missed the last two games and in his absence under center has been Gunnar Watson. On the season, Watson has throw for 1881 yards, 15 touchdowns, and six interceptions.

Coastal Carolina is the better team by a mile and they are going to have no issue getting the job done in this one. Look for Coastal Carolina to run up the score, Troy’s offense will struggle and the Chanticleers will win this game and cover the spread. 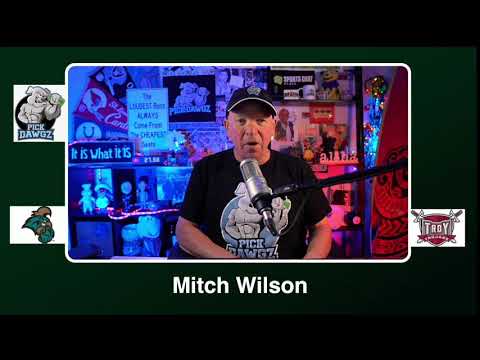