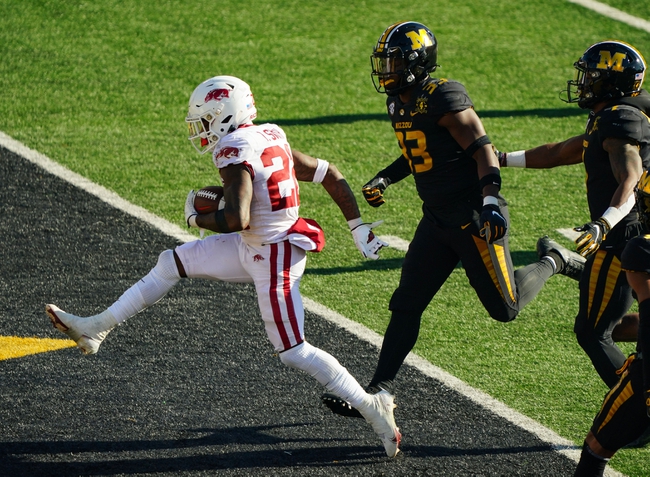 Alabama is coming off a 55-17 win over LSU in its last game in Week 14 of the college football season on December 5th. Alabama dominated that game from start to finish, as the defending champion-LSU Tigers were out of the game by the end of the first quarter. At halftime, Alabama led 45-14 after scoring 21 points in the first quarter and 24 points in the second. Alabama is still the #1 ranked team in the nation and remains undefeated with a perfect 9-0 record in the SEC. Alabama has already clinched the SEC West title and will play Florida in the SEC Championship game. Alabama scores 49.2 points per game and earns 548.3 total yards of offense per contest as well. Alabama has the most efficient offense in the nation, and the defense has not been too shabby either. Alabama only allows 18.3 points per game to its opposition, even in a very high-scoring SEC this season.

Arkansas is coming off a 50-48 loss to Missouri on the road in Week 14 on December 5th. Arkansas has now lost three straight games and in that stretch allowed 63 points to Florida and 50 to Mizzou. Arkansas is now 3-6 after being 3-3 to start the year. Arkansas' defense stood tall at the beginning of the season, but in recent weeks the Razorbacks have gotten torched. Arkansas has allowed 33.0 points per game to its opposition this season and has conceded 452.7 total yards of offense per game as well. Arkansas has scored 28.2 points per game and has earned 414.1 total yards of offense per contest as well.

This is going to be an Alabama or pass situation for me here, just as it has for a majority of the season. Take Alabama and lay the points. 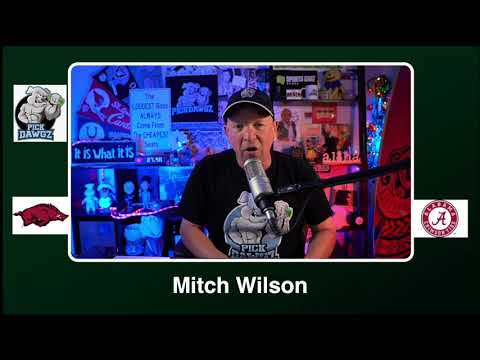