The Akron Zips will travel to UB Stadium to take on the Buffalo Bulls this Saturday afternoon in College Football action.

The Akron Zips improved to 1-4 on the season after defeating the Bowling Green Falcons, 31-3, this past Saturday. Akron was outstanding defensively against Bowling Green and had no trouble securing the victory after going into halftime with a 17-3 lead. Akron was outgained by Bowling Green by a 295-282 margin, however, won the turnover battle by a 3-0 margin in the victory. Leading the way for the Zips was RB Teon Dollard who had 185 rushing yards & 2 TD’s on 26 carries.

The Buffalo Bulls has their last game against Ohio cancelled due to Covid-19 and come into this game with an overall record of 4-0 after defeating the Kent State Golden Flashes, 70-41, on November 28th. Buffalo got a record performance from RB Jaret Patterson and had no trouble pulling away from the Golden Flashes after taking a 49-31 lead late in the 3rd quarter. Leading the way for the Bulls was RB Jaret Patterson who had an incredible 409 yards & 8 TD’s on 36 carries.

Akron was able to pick up there first win of the season, however, this is still not a very good football team as the Zips have really struggled defensively, coming into this game ranked 120th in scoring defense and 107th in rushing defense. Buffalo comes into this game as the top scoring offense in the country and as Jaret Patterson and the Bulls rushing attack should be able to have another big day on the ground, I’m taking Buffalo to cover this large home spread. Good Luck! 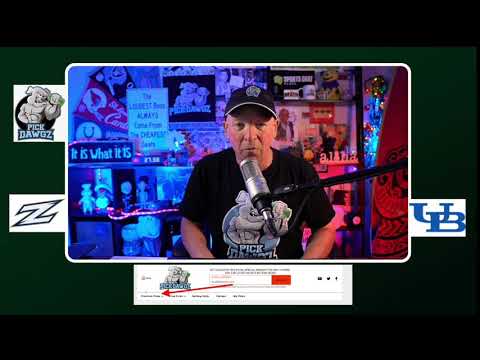