North Texas is coming off a 42-31 loss to Louisiana Tech in its last game on December 3rd in Week 14 of the college football season. North Texas is now 3-5 on the year and 2-4 in conference play after the loss. North Texas has now lost two straight games after being 3-3 on the year. North Texas's defense has been the biggest part of its struggles this season, as the Mean Green allow 41.1 points per game and concedes 511.0 total yards of offense per contest as well. North Texas' offense has not been too shabby, scoring 33.9 points per game and earning 518.0 total yards of offense per contest as well. North Texas is usually in every game due to its offense, but the defensive struggles keep North Texas from being a real contender in the Conference-USA.

UTEP is coming off a 52-21 loss to UTSA in its last game on November 14th. After various cancelations and rescheduling processes, UTEP will now return to the field after a three-week hiatus. UTEP has only been able to get in seven games this season, which is less than teams like North Texas and Western Kentucky in the Conference-USA. UTEP is 3-4 on the year and is currently on a three-game losing streak in conference play, and all three of those games came on the road. UTEP scores 20.1 points per game and earns 326.9 total yards of offense per contest as well. UTEP allows 29.0 points per game and allows 365.6 total yards of offense to its opponents so far this season. This will be the final game of the season for both teams.

The line for this game has not been released, so be sure to check back soon for updates regarding the odds. I like North Texas to win this game by 10 points, as I do not think UTEP can match North Texas' offensive ability here. 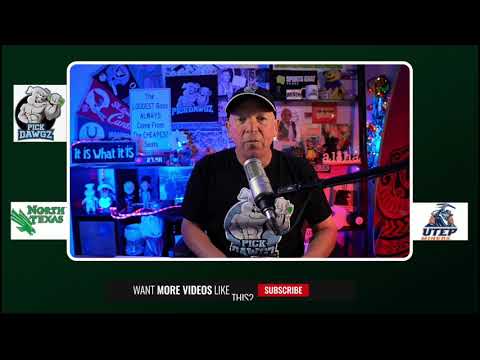