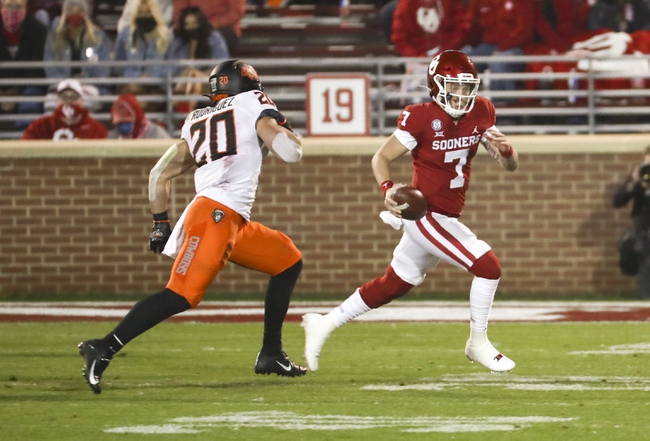 The Oklahoma Sooners and West Virginia Mountaineers face off in a college football showdown at Milan Puskar Stadium on Saturday.

Oklahoma did have some struggles early in the season losing back-to-back games against Iowa State and Ohio State, but they are playing better now having won six games in a row. This is an offense that is elite, but in their last game against Baylor the offense wasn’t as strong as usual putting up 27 points. The good news in that last game for the Sooners was that they only gave up14 points. Quarterback Spencer Rattler is dynamic for the team throwing for 2512 yards, 24 touchdowns, and seven interceptions. On the season Oklahoma is averaging 43.4 points per game while their defense is giving up 22 points per game. In this game Oklahoma needs to try to make this a boat race or they could be in some trouble.

On the other side of this matchup is the West Virginia Mountaineers who have been super inconsistent this year. West Virginia has a 5-4 record overall but they are coming off one of their worst losses on the season. The Mountaineers were facing off with a tough Iowa State team but they struggled on both sides of the ball and that led to a 42-6 loss. One of the big issues was they couldn’t find a balanced attack with their rushing game and at halftime they were down 21-0. On the season quarterback Jarret Doege has thrown for 2,428 yards, 13 touchdowns, and three interceptions. The offense needs to be better in this game if they want to come away with a victory.

West Virginia's offense is going to struggle in this game and that is going to keep this game low scoring. Oklahoma will score plenty, but I don’t expect teh mto have one of their signature games where they drop 60 points. Back the under to cash.