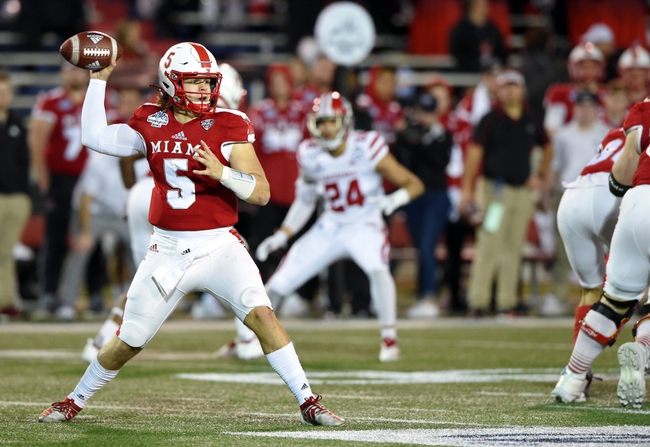 The Miami of Ohio Redhawks and Bowling Green Falcons face off on Saturday in a college football showdown at Doyt Perry Stadium.

The Bowling Green Falcons have had a terrible season but in their last game it was their worst loss of the season. Bowling Green took on an Akron team that also didn't have a win, and bowling Green could only manage a field goal against them. On the season Bowling Green is averaging 11.4 points per game while their defense is giving up 45 points. Bowling Green have struggled to move the ball on the ground or through the air. Bowling Green quarterback Matt McDonald has thrown for 712 yards, one touchdown, and six interceptions. If Bowling Green wants any chance, the Falcons need their offense to step up in a big way.

On the other side of this matchup is the Miami Redhawks who sit with a 2-1 record with the loss being a blowout defeat at the hands of Bowling Green. Miami of Ohio’s last game also came against Akron and they really had no issue as they came away with a 38-7 victory. On the season the Redhawks are averaging 28.7 points per game while their defense is giving up 26.7 points per game. Brett Gabbert got that start in the last game against Akron throwing for 308 yards and four touchdowns. Gabbert should get the start again in this one, but if he doesn’t get the start it’s going to be AJ Meyer who has thrown for 328 yards, four touchdowns, and one interception.