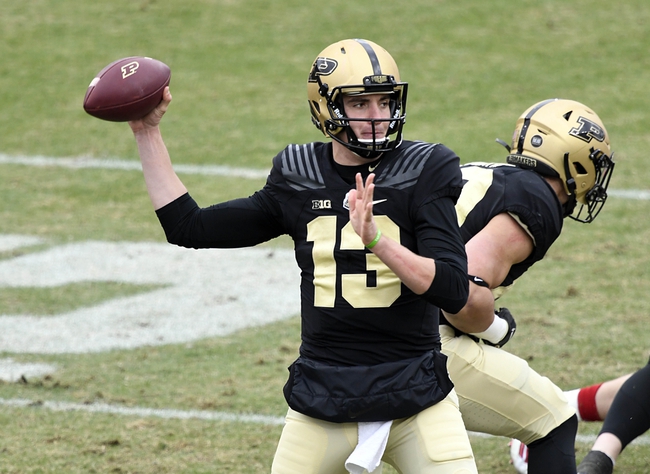 The Purdue Boilermakers and Indiana Hoosiers face off on Saturday in a college football showdown at The Rock. The winner of this game will take back home the Old Oaken Bucket.

Purdue has dealt with all kinds of injuries this season and it has led to the Boilermakers winning only two of their six games this season. Purdue lost their starting quarterback Aidan O'Connell for the season and it’s been Jack Plummer who has filled in for him. Plummer has thrown for 938 yards, eight touchdowns, and two interceptions. In the last game against Nebraska the offense put up 27 points, but the defense really struggled giving up 37 points and that led to the loss. On the season Purdue is averaging 27.2 points per game while their defense is giving up 29.8 points per game. In this game, Purdue needs the offense to be good.

On the other side of this matchup is the Indiana Hoosiers who have found a lot of success this season, but they are banged up. Two games ago Michael Preuix Jr tore his ACL, so the team has had to turn to Jake Tuttle. In the last game against Wisconsin, the offense wasn’t that good scoring only 14 points, but their defense gave up only six, and that led to a victory. Overall this season Indiana is averaging 30.1 points per game while the defense is giving up 19.4 points per game. In this game, Indiana needs its offense to be a lot better.

Indiana’s defense is strong, but their offense looks to be a problem and that will be the case again in this one. Look for a defensive battle from both teams that stays well under the posted total. Indiana should also find a way to come away with a victory and a cover of the spread.