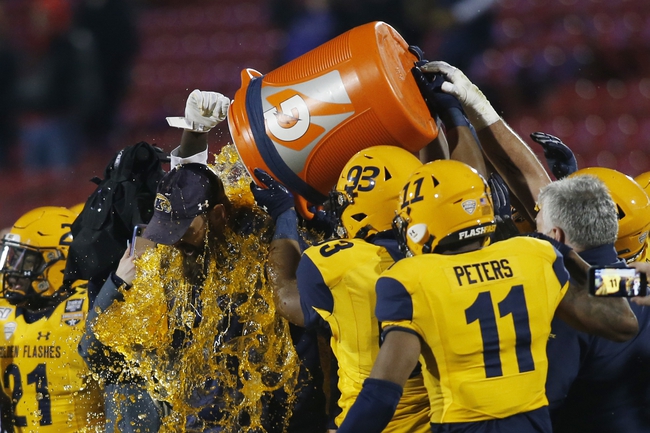 The Ohio Bobcats and Kent State Golden Flashes face off on Saturday in a college football showdown at Dix Stadium.

Ohio’s last game was cancelled because of COVID so they should be excited to get back on the field in this one. Coming into this game Ohio sits with a 2-1 record. Ohio lost their first game of the season against Central Michigan, but since that point they have won two games in a row, but it’s been against weak competition. Bowling Green and Akron have combined for one win this season and that’s the two teams that Ohio has beat. Ohio is averaging 34.3 points per game while the defense is giving up 16.7 points per game .Kurtis Rourke is under center for Ohio, putting up 386 yards, three touchdowns, and zero interceptions.

On the other side of this matchup is the Kent State Golden Flashes who won their first three games of the season before losing their last game against Buffalo. In the last game against Buffalo it was Kent State’s defense that couldn’t stop the run and they let the Bulls put up 70 points. Kent STate’s offense has been strong all season putting up 49.8 points per game and in this game it’s going to need to be the offense that steps up. Dustin Crum has been under center for Kent State throwing for 1,181 yards, 12 touchdowns, and two interceptions.

Kent State has faced the tougher competition and they are going to have no issue getting the job done in this one. Look for Kent State to run up the score, and Ohio will have no answer. Back Kent State to win this game and cover the spread.