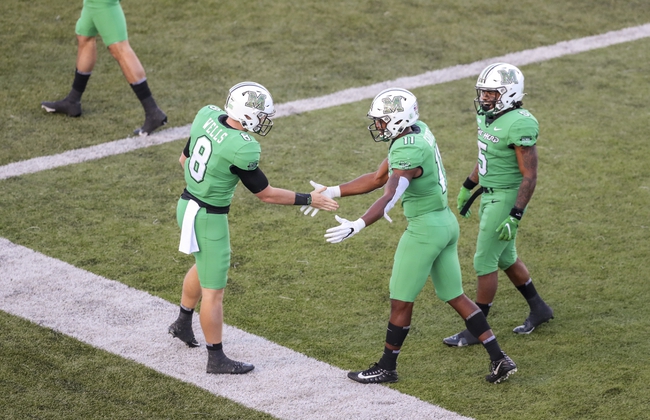 The Charlotte 49ers and Marshall Thundering Herd face off on Friday in a college football showdown at Joan C. Edwards Stadium

The Charlotte 49ers have had their struggles this season and they looked bad in their last game on Sunday. At halftime, the 49ers were down 17-0 to the Western Kentucky Hilltoppers, and even though the offense looked better in the second half it was already too late and they had lost 37-19. Quarterback Chris Reynolds had issues in the first half but in the second half he looked a lot better. Reynolds finished the game throwing for 205 yards and two touchdowns. Running back Tre Harbison looked good finishing with 16 carries and 80 yards. Charlotte’s defense is giving up 31.6 points per game and in this game the defense is going to need to be a lot better.

On the other side of this matchup is the Marshall Thundering Herd who had won their first seven games of the season before their shocking loss in the last game. In the last game against Rice, the offense couldn’t get anything going scoring zero points and that led to the loss. Marshall quarterback completed 18 of his 35 passes for 165 yards, zero touchdowns, and five interceptions. It’s hard to imagine that Marshall would bench him, but he needs to take care of the ball. Wells on the season has thrown for 1839 yards, 16 touchdowns, and nine interceptions. On the season Marshall’s defense is giving up only 11.4 points per game.

Marshall struggled in the last game, but this is a great bounce-back spot for them. Marshall is going to run up the score, their defense is going to lock down, and that will lead to Marshall winning this game and covering the spread.