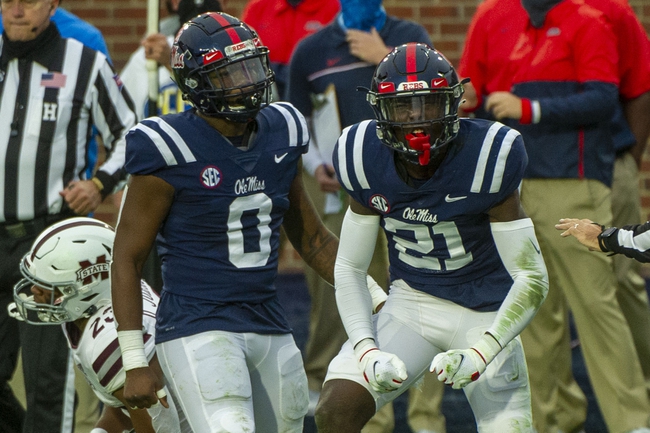 This game has been Postponed.

The Texas A&M Aggies vs Ole Miss Rebels face off on Saturday in a college basketball showdown at Kyle Field.

Ole Miss has had some struggles this season but coming into this game they have won three games in a row. In the last game against Mississippi State the offense wasn’t as strong as somet games this season, but they were able to win by seven points. On the season Ole Miss is averaging 39.8 points per game while their defense has struggled giving up 38.8 points per game. Ole Miss has had Matt Corral at quarterback on the season he has thrown for 2744 yards, 24 touchdowns, and nine interceptions. In this game the offense will need to be good but if the defense struggles, they could be in trouble

On the other side of this matchup is the Texas A&M Aggies who have won every game they played beside their game against the Alabama Crimson Tide. Coming into this game the Aggies have won six games in a row and they covered the spread in four of the games. In the last game against Auburn they were five point favorites but they were able to win by 11 points. On the season Texas A&M is averaging 31.4 points per game while their defense is giving up 22.1 points. At quarterback, Texas A&M is led by Kellen Mond who has thrown for 1769 yards, 18 touchdowns, and two interceptions. In this game it’s going to be all about the defense locking down. Texas A&M has proven they can win high scoring games, but it would make life a lot better if the defense stepped up.

Ole Miss is a good offensive team and even against a solid defense they are going to find enough offensive success to keep this game close. This is too many points and Ole Miss is going to cover the spread.