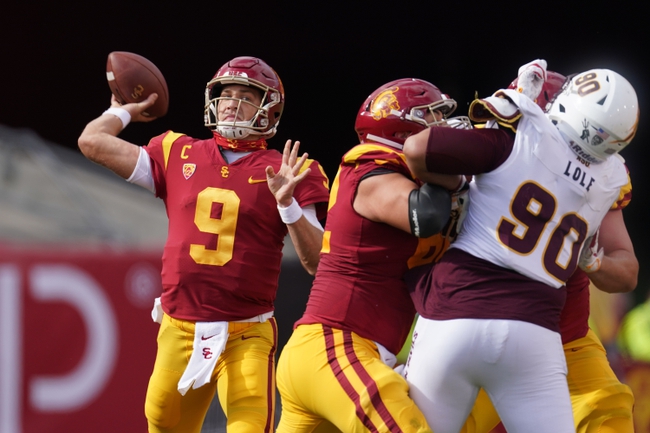 The Washington State Cougars will travel to Los Angeles Memorial Coliseum to take on the 18th ranked USC Trojans this Sunday night in College Football action.

The Washington State Cougars had their game last week against Stanford cancelled due to COVID-19 and come into this game with an overall record of 1-1 (1-1 Pac-12) after being defeated by the 11th ranked Oregon Ducks, 43-29, on November 14th. Washington State was able to get out to a 19-7 lead late in the 2nd quarter, however, the Cougars defense struggled down the stretch and allowed Oregon to pull out the victory after the Ducks scored three TD’s in the 4th quarter. Washington State was outgained by Oregon by a 581-421 margin, however, did win the turnover battle by a 3-0 margin. Leading the way for the Cougars was WR Renard Bell who had 10 receptions for 158 yards & 1 TD.

The 18th ranked USC Trojans won their 3rd straight game and improved to 3-0 (3-0 SEC) on the season after defeating the Utah Utes, 33-17, on November 21st. USC’s defense was outstanding in creating turnovers and pulled away in the 2nd half after a 43-yard FG by Parker Lewis gave the Trojans a 30-17 lead late in the 3rd quarter. USC outgained Utah by a 357-327 margin and won the turnover battle by a 5-2 margin in the victory. Leading the way for the Trojans was QB Kedon Slovis who completed 24 of 35 passes for 264 yards, 2 TD, & 1 INT.

USC can struggle covering large spreads, however, I like how the Trojans offense is looking this season as they are doing a great job of attacking through the air. Washington State has really struggled defensively in their first two games, especially against the pass, and as I think USC will be able to put up 40+ points in this one, I think they do enough to cover this large home spread. Good Luck! 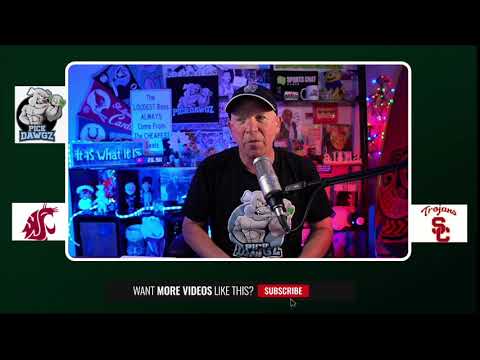