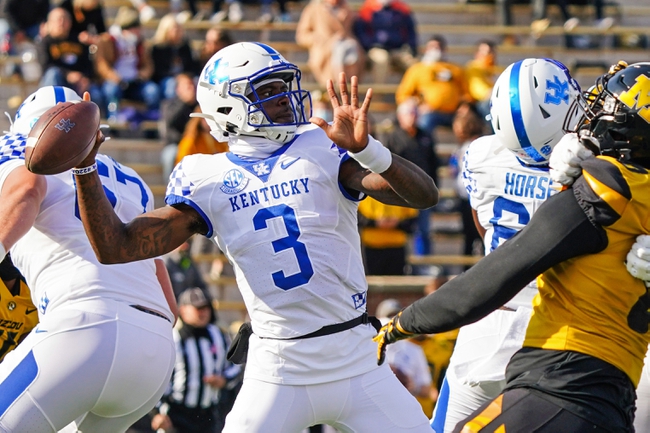 The South Carolina Gamecocks will travel to Kroger Field to take on the Kentucky Wildcats this Saturday in College Football action.

The South Carolina Gamecocks lost their 5th straight game and dropped to 2-7 (2-7 SEC) on the season after being defeated by the 9th ranked Georgia Bulldogs, 45-16, this past Saturday. South Carolina couldn’t get anything going on the offensive side of the ball against the tough Georgia defense and couldn’t fight back after a 3-yard TD run by the Bulldogs Zamir White gave Georgia a 35-10 lead early in the 3rd quarter. South Carolina was outgained by a 471-273 margin and committed one turnover in the loss. Leading the way for the Gamecocks was WR Nick Muse who had 8 receptions for 131 yards & 1 TD.

The Kentucky Wildcats lost their 2nd straight game and dropped to 3-6 (3-6 SEC) on the season after being defeated by the 6th ranked Florida Gators, 34-10, this past Saturday. Kentucky made the game competitive in the 1st half and trailed by just a 14-10 margin at halftime, however, the Wildcats were dominated on both ends of the field in the 2nd half and could not fight back after Florida took a 31-10 lead on a 7-yard TD reception by Kyle Pitts with 3:36 left in the 3rd quarter. Kentucky was outgained by Florida by a 418-221 margin and lost the turnover battle by a 3-2 margin in the loss. Leading the way for the Wildcats was QB Terry Wilson who completed 10 of 18 passes for 62 yards, 1 TD, & 2 INT.

It’s been a rough season for South Carolina as the offensive has really struggled to find ways to put points on the scoreboard. Kentucky has also had a disappointing season, however, they have at been competitive this season and have an above average defense that can really give opponents trouble. South Carolina fired their coach a few weeks ago and between the fact that South Carolina has lost their last five games by an average of 25.2 points and that they haven’t not had success against Kentucky in recent years, I think the play here is to take Kentucky to cover this double-digit spread. Good Luck! 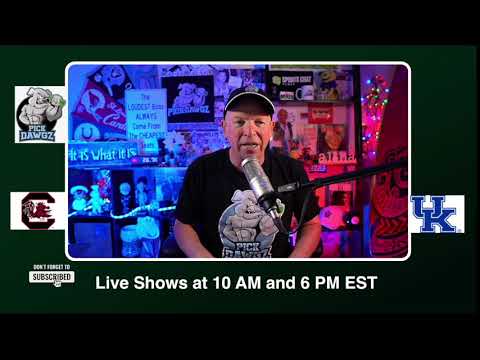