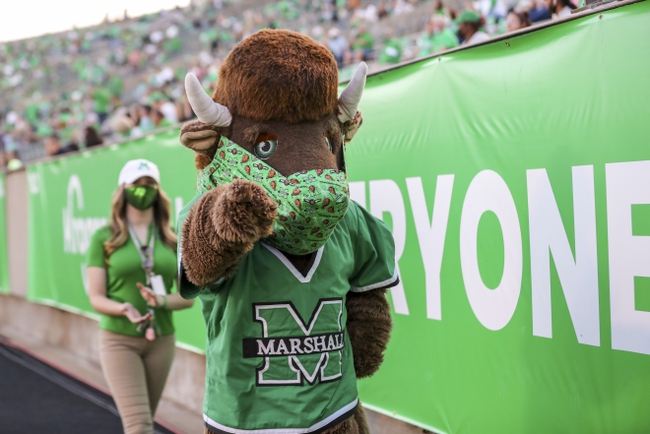 The Rice Owls and Marshall Thundering Herd face off on Saturday in a college football showdown at the Joan C. Edwards Stadium.

Rice had their last game canceled because of COVID but they hope to be ready to go for this game against Marshall. Rice comes into this game with a 1-2 record overall. Rice is coming off a loss against North Texas in their last game and the offense wasn’t good enough scoring only 17 points and that led to the ten point loss. The only win this season for Rice was against Southern Miss, a game they won 30-6. On the season, Rice is averaging 27 points per game and the passing game actually hasn’t been that bad.Quarterback Mike Collins has thrown for 802 yards, 10 touchdowns, and one interception. In this game the offense is going to need to find success against a strong defense.

On the other side of this matchup is the Marshall Thundering Herd who have been quite impressive this season, but they have had a bit of a layoff. Marshall sits with a perfect 7-0 record but their last game was played back on November 14th. Marshall has a strong offense, but the defense is even more impressive giving up only 10.1 points per game which is 1st in all of football. Marshall hasn’t given up more than 17 points in any of the games. On offense, Marshall uses a balanced attack and that has led to them averaging 37.4 points per game At quarterback is Grant Wells who has thrown for 1674 yards, 16 touchdowns, and four interceptions.

Marshall is no doubt the better team, but Rice can run up the ball and the will down the pace in this one and that will be the difference. Rice might win or even keep it within a touchdown, but this is too many points. Back Rice to cover the spread. 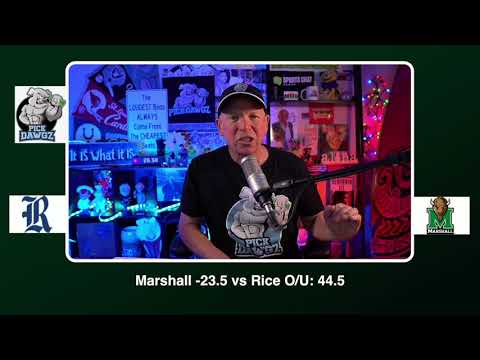