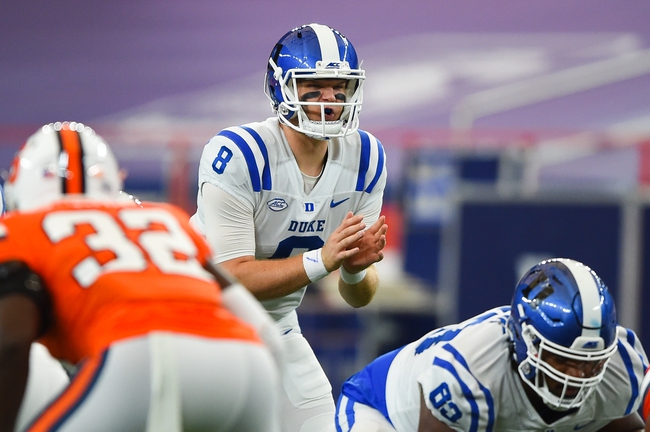 The Miami Hurricanes and Duke Blue Devils face off on Saturday in a college football ACC showdown at Wallace Wade Stadium.

The Miami Hurricanes have dealt with a COVID outbreak, but they are ready for their first game since November 14th when they defeated Virginia Tech by a point, Miami comes into this game having won four games in a row. Quarterback D’Eriq King has been a game changer for this team and so far he has thrown for 2,083 yards, 17 touchdowns, and four interceptions. This is a Miami offense that has been strong and coming into this game they are averaging 33.2 points per game while the defense is giving up 24.8 points. On the road though the defense is a little worse giving up 35.2 points per game. In this game, Miami is going to need the offense to find success and run up the score.

On the other side of this matchup is the Duke Blue Devils who have been inconsistent this year and coming into this game they have lost two games in a row. In the last game against the Georgia Tech Yellow Jackets the offense was good putting up 33 points but the defense really struggled giving up 56 points and that led to the loss. On the season Duke is giving up 26.4 points per game while the defense is giving up 35 points per game. Quarterback Chase Brice has been inconsistent at this best this year and coming into this game he has thrown for 1987 yards, nine touchdowns, and 13 interceptions. The turnovers have been a problem, and he can’t be doing that in this game.

Duke’s defense is bad and that is going to continue in this game. Look for Miami to run up the score, Duke will have no answer, and that will lead to Miami getting the job done. Back Miami to win this game and cover the spread. 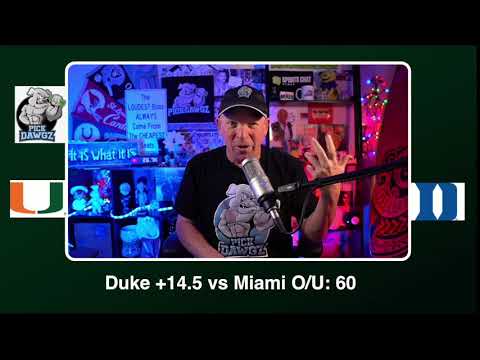