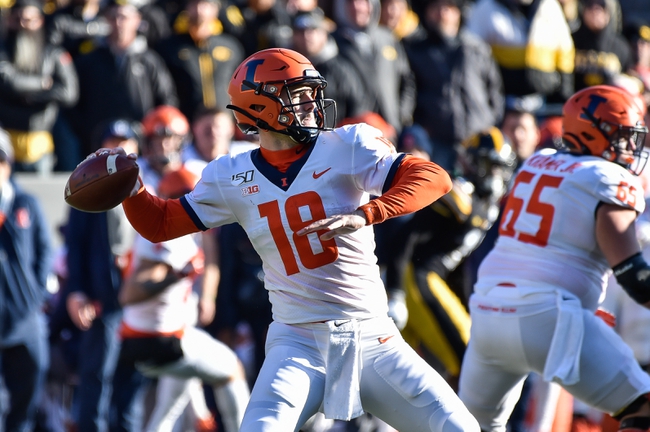 Where to Watch: BTN/FS1 Stream live sports and exclusive originals on ESPN+. Sign up now!

The 24th ranked Iowa Hawkeyes will travel to Memorial Stadium (Champaign, IL) to take on the Illinois Fighting Illini this Saturday in College Football action.

The 24th ranked Iowa Hawkeyes won their 5th straight game and improved to 4-2 (4-2 Big Ten) on the season after defeating the Nebraska Cornhuskers, 26-20, this past Saturday. Iowa trailed by a 20-13 margin early in the 3rd quarter, however, the defense was outstanding down the stretch and the Hawkeyes were able to get the come from behind victory after scoring 13 unanswered points to finish out the game. Iowa was outgained by Nebraska by a 338-322 margin, however, did win the turnover battle by a 2-1 margin in the victory. Leading the way for the Hawkeyes was RB Tyler Goodson who had 111 yards on 30 carries.

The Illinois Fighting Illini had their game last week against Ohio State cancelled due to Covid-19 and come into this matchup with an overall record of 2-3 (2-3 Big 10) after defeating the Nebraska Cornhuskers, 41-23, on November 21st. Illinois has their best offensive showing of the season and had no trouble picking up the victory after taking a 28-10 halftime lead. Illinois outgained Nebraska by a 490-392 margin and forced 5 Nebraska turnovers in the victory. Leading the way for the Fighting Illini was RB Chase Brown who had 110 rushing yards & 2 TD’s on 26 carries.

Iowa has four straight wins and is in the top-25, however, I’m not sold on the Hawkeye as of yet as this is a team that lost on the road against Purdue while their best win is probably their home victory over Michigan State. Illinois had a tough start to their season as they missed a lot of players, including QB Brandon Peters, however, looked great in their last game against Nebraska. Illinois is a better team than their record shows and now that they have Peters back, I think they can do enough at home to cover with the double-digit points. Good Luck! 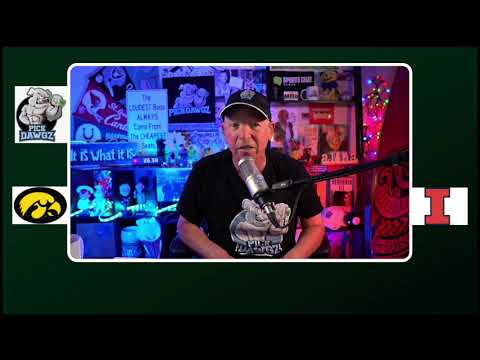