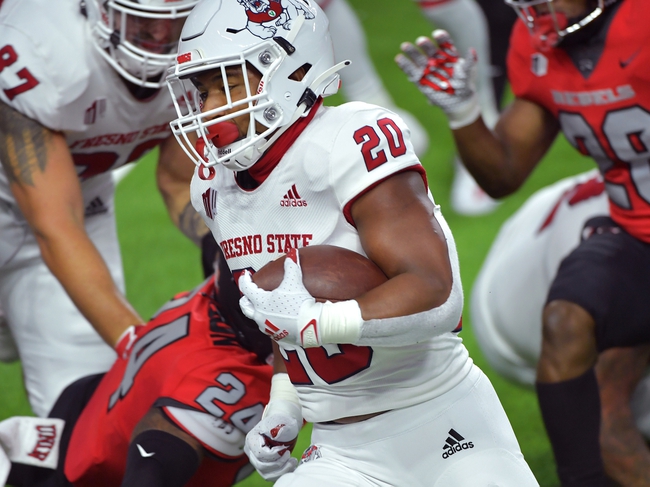 The Fresno State Bulldogs and Nevada Wolf Pack face off on Saturday in a college football showdown at Mackay Stadium.

The Fresno State Bulldogs opened up theri season with a loss against Hawaii, but since that point they have won three games in a row. Each of the three games the offense has looked really good scoring at least 35 points in each of the games. The defense has also given up 17 points or less in two of the three games. This is a Fresno State offense that is currently averaging 33 points per game which is 39th in college football. Fresno State gets most of their offensive success through the air led by Jake Haener who has thrown for 1,186 yards, nine touchdowns, and four interceptions. In this game it’s going to be about the defense getting out to a fast start and making life tough on Nevada’s offense.

On the other side of this matchup is the Nevada Wolf Pack who won their first five games of the season before losing their last game against the Hawaii Rainbow Warriors. Nevada fell behind early and even though they made things interesting in the 4th quarter by scoring 14 points, it wasn’t enough as they were defeated by three points. On the season, Nevada is averaging 30.3 points per game while the defense is giving up 21.2 points per game. Quarterback Carson Strong has had a big year for the team throwing for 1973 yards, 16 touchdowns, and two interceptions. In the last game against Hawaii he only threw for 168 yards and in this game if they want to win this game they are going to need a bigger game from Strong.

This is going to be a battle but there is going to be no shortage of scoring by both teams. Look for a high scoring game that goes well over the posted total.