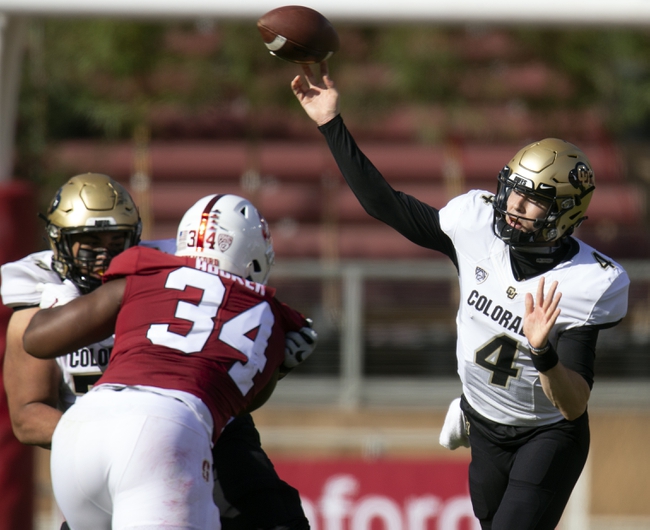 The Colorado Buffaloes will travel to Arizona Stadium to take on the Arizona Wildcats this Saturday in College Football action.

The Colorado Buffaloes improved to 3-0 (2-0 Pac-12) on the season after defeating the San Diego State Aztecs, 20-10, this past Saturday. Colorado was able to jump out to 14-0 lead after a 3-yard TD pass by Sam Noyer late in the 2nd quarter and put the game away after a 41-yard FG by Evan Price gave the Buffaloes a double-digit lead with 9:34 left in regulation. Colorado outgained San Diego State by a 272-155 margin and forced one turnover in the loss. Leading the way for the Buffaloes was QB Sam Noyer who completed 17 of 29 passes for 138 yards, 1 TD, & 1 INT while also adding a rushing TD.

The Arizona Wildcats are still in search for their first win as the Wildcats dropped to 0-3 on the season after being defeated by the UCLA Bruins, 27-10, this past Saturday. Arizona continued to struggle on the offensive end and couldn’t fight back after going into halftime trailing by a 20-7 margin. Arizona was outgained by UCLA by a 410-300 margin and lost the turnover battle by a 2-0 margin in the loss. Leading the way for the Wildcats was WR Stanley Berryhill III who had 5 receptions for 58 yards.

Colorado is not as good as their 3-0 record might indicate, however, I do believe Arizona is as bad as their 0-3 record shows. Arizona’s defense has really struggled so far this season and as the Buffaloes have a balanced offensive attack that should have success, I think the play here is to take Colorado to cover this road spread. Good Luck!