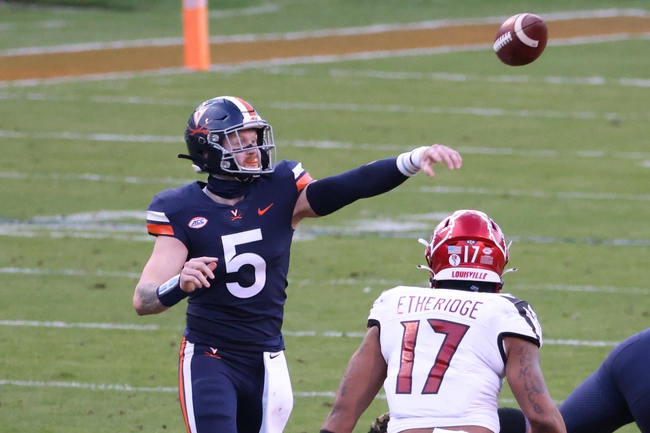 The Boston College Eagles and Virginia Cavaliers face on Saturday in a college football showdown at Scott Stadium.

The Boston College Eagles have been up and down this season, but they are coming off a win in their last game against the Louisville Cardinals. Boston College put up 34 points in their game but they might have lost their starting quarterback would be a big loss. Phil Jurkovec completed 15 of his 19 passes for 203 yards, he suffered a knee injury and he is questionable for this game. If he can’t go it’s going to be Dennis Grosel who did throw two touchdowns in the last game .On defense this season, Boston College is giving up 26.9 points per game and to win this game, the defense is going to need to step up in a big way .If they fall behind early, Boston College could be in big trouble.

On the other side of this matchup is the Virginia Cavaliers who come into this game with a 4-4 record overall but coming into this game they have won three games in a row. This is an offense that is playing really well and each of the last three games they have scored at least 31 points. Three games ago against UNC they put up 44 points. Brennan Armstrong is having a nice year and in the last he completed 16 of his 23 passes for 383 yards and four touchdowns. On defense this season, Virginia is giving up 28.9 points per game, and in this game it’s going to be important that the defense steps up, or they will be defeated.

The quarterback injury is a big concern for me with Boston College and it’s hard to imagine he is going to be ready to go in this game. Look for Boston College’to struggle to score, and that will lead to Virginia winning this game and covering the spread.