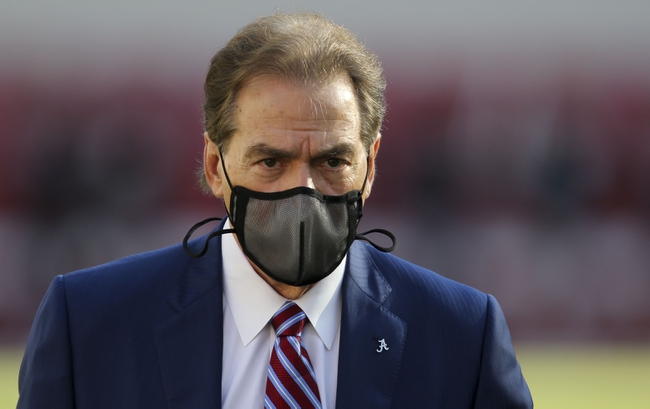 The Alabama Crimson Tide and LSU Tigers face off on Saturday in a college football showdown at Tiger Stadium.

Alabama looks like they will have a spot in the college football playoff, but they can’t have a slipup in this game. Alabama have won all eight of their games and none of the games have been all that close. On the season Alabama is averaging 48.5 points per game which is 3rd in the country. Alabama is also giving up 18.5 points per game which is 17th in the league. Quarterback Mac Jones has really improved his draft stock this season and on the season he has thrown for 2728 yards, 23 touchdowns, and three interceptions. Wide receiver Devonta Smith is going to be one of the first wide receivers drafted next year and he is currently hauling in 1074 yards and 13 touchdowns. IN this game for Alabama it’s going to be all about running up the score.

On the other side of this matchup is the LSU Tigers who have been one of the biggest disappointments in all of college football. LSU comes into this game with a 3-4 record and in their last game against Texas A&M the offense could only manage seven points, The biggest issue for LSU this season has been with an offense that has been super inconsistent. LSU played two quarterbacks in the last game against the Aggies and that will probably happen again in this one. Max Johnson went 14/22 for 113 yards and a touchdown. TJ Finley also got some playing time completing 9/25 of his passes for 118 yards,zero touchdowns, and two interceptions. In this game if LSU wants any chance of keeping it close, they need the defense to keep this game low scoring.

This isn’t the same LSU squad as last year and Alabama is going to have no issue getting the job done in this one. Alabama will run up the score, LSU will have no answer, and that will lead to Alabama winning this game in blowout fashion. Back the Crimson Tide to cover the spread. 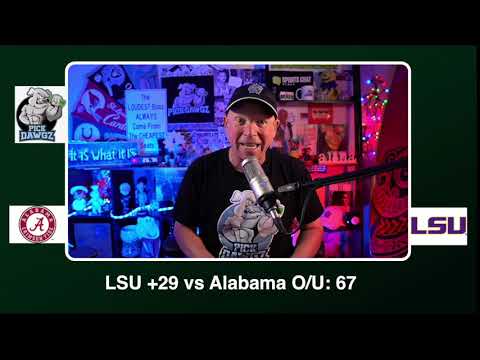