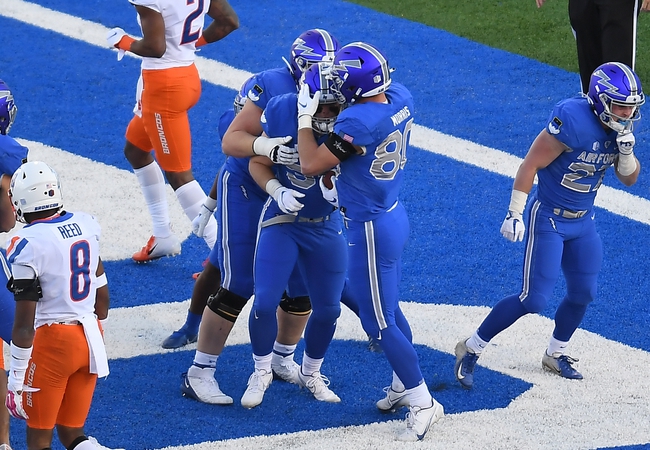 The Air Force Falcons and Utah State Aggies face off on Thursday night in a college football showdown at Maverick Stadium.

The Air Force Falcons come into this game with a 2-2 record overall and in their last game against New Mexico they looked dominant. The Falcons defense really flexed their muscles giving up zero points and that led to the victory. The Air Force Falcons are a run first team and coming into this game they are averaging 336.5 yards per game. On the season the Falcons are only averaging 67 yards per game. Sophomore back Brad Roberts has rushed for 280 yards and four touchdowns. Air Force’s defense has also been strong giving up only 18.2 points per game and in this one the defense is going to need to step up in a big way. If the defense is strong in this game, they should be in good shape to come away with a victory.

On the other side of this matchup is the Utah State Aggies who had lost four games in a row to start the season, but they looked impressive in their last game against New Mexico putting up 41 points and that led to the victory. In the first four games, Utah State never made it above 16 points and the offense is going to need to be strong again. Quarterback Andrew Peasley had a big game throwing for 239 yards and three touchdowns. Putting back to back big games for Peasley would be impressive. On defense this season Utah State’s defense has also really struggled giving up 35.2 points per game.

Utah State looks like they have something in their new quarterback and the offense looks like a completely different team. Utah State might not win this game but they are talented enough to cover rhe spread. 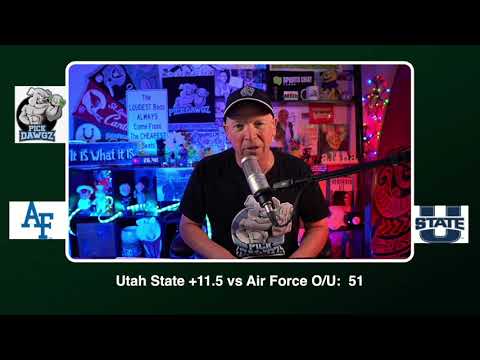