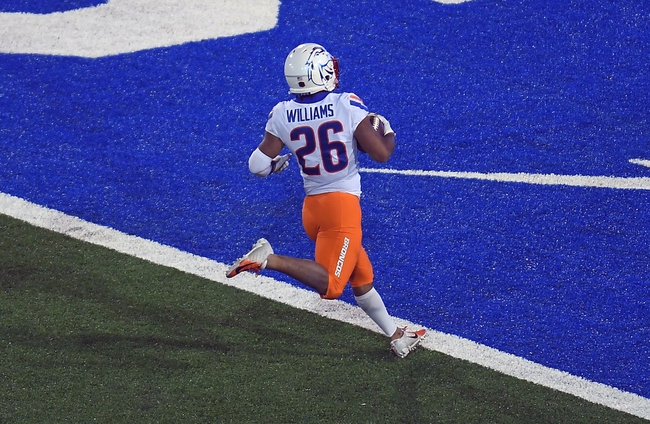 The Boise State Broncos and UNLV Rebels face off on Friday in a college football showdown at the Allegiant Stadium in Las Vegas.

Boise State had their last game canceled because of COVID concerns, but they still come into this fight with a 4-1 record. The only loss for Boise State this season came against BYU. Boise State’s offense is good, but their defense isn’t as strong as most probably hope. THe Broncos are averaging 40 points per game while their defense is giving up 29.4 points per game. Under center for Boise State is Hank Bachmeier and in the last game against Hawaii he threw for 278 yards, one touchdown, and one interception. In this game for Boise State it’s going to be all about the offense running up the score and trying to have UNLV try to keep up.

On the other side of this matchup is the UNLV Rebels who sit with an 0-5 record overall and the offense has really struggled for them. Only once this season has UNLV scored above 17 points, and in this game if they want to win, they are going to need to find a way to get the offense going. Quarterback Max Gilliam has been inconsistent this year and on the season he has thrown for 599 yards, four touchdowns, and three interceptions. On defense this season, UNLV is giving up 38 points per game which is 116th in the country. Throw the air this season, UNLV has given up 222.2 yards per game, and if they don’t step up, Bachmeier is going to have a lot of fun in this matchup.

UNLV has struggled and Boise State is going to run up the score in this one. UNLV might stick around for the 1st quarter, but it won’t take long until this becomes a blowout. Back Boise State to win this game and cover the spread.