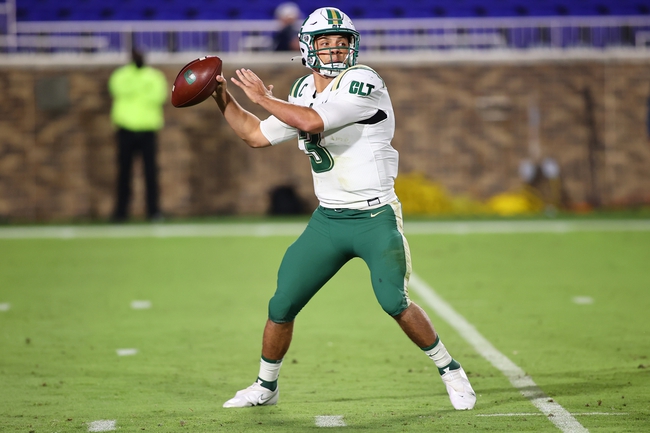 The Western Kentucky Hilltoppers and Charlotte 49ers face off on Saturday in a college football showdown at Jerry RichardsonStadium. This game moved from Saturday to Tuesday because of COVID.

Western Kentucky has been up and down this season but they are playing better as of late winning two games in a row. In the last game against Florida International, Western Kentucky’s offense was strong putting up 38 points and that was enough to come away with the victory. Western Kentucky hasn’t been an elite offensive team averaging only 17 points per game, and going forward the offense is going to need to be better. Under center for Western Kentucky has been Tyrell Pigmore who has thrown for 1217 yards, eight touchdowns, and zero interceptions. Pigmore has done a good job of not turning over the ball and in this game, it’s going to be important he doesn’t turn the ball over.

On the other side of this matchup is the Charlotte 49ers who have struggled this year but they come into this game having won two of their last three games with the only loss coming against the Duke Blue Devils in their last game. With COVID issues though, Charlotte’s last game came on Halloween and there has to be some concern about the layoff. In the two wins,Charlotte scored at least 38 points and in this game it’s going to be important the offense gets out to a fast start and they try to make this game into a shootout. Charlotte is averaging 28.6 points per game while the defense is giving up 31.6 points per game. At quarterback, Charlotte is led by Chris Reynolds who has thrown for 1,110 yards, six touchdowns, and two interceptions.

Charlotte’s offense is going to run up the score and that will continue in this game. Look for Western Kentucky to also attack a weak 49ers defense and that will lead to this game going over the posted total.