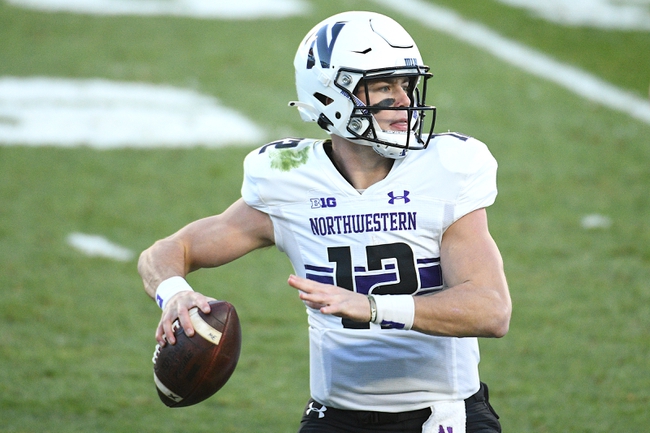 The 16th ranked Northwestern Wildcats will travel to TCF Bank Stadium to take on the Minnesota Gophers this Saturday in College Football action.

The 16th ranked Northwestern Wildcats lost their first game of the season and dropped to 5-1 (5-1 Big Ten) on the season after being upset by the Michigan State Spartans, 29-20, this past Saturday. Northwestern game out flat and although the Wildcats were able to fight back and take a 20-17 lead early in the 4th quarter, the defense could not come up big late and allowed Michigan State to pull off the upset after the Spartans scored 10 unanswered points to close out the game. Northwestern was outgained by Michigan State by a 362-285 margin and lost the turnover battle by a 4-1 margin in the loss. Leading the way for the Wildcats was WR Ramaud Chiaokhiao-Bowman who had 8 receptions for 54 yards.

The Minnesota Gophers had their game last week against Wisconsin cancelled due to Covid-19 and come into this game with an overall record of 2-3 (2-3 Big Ten) after defeating the Purdue Boilermakers, 34-31, on November 20th. Minnesota took a 34-24 lead early in the 4th quarter on Mohamed Ibrahim’s 3rd TD of the day and was able to hold on late in part of a controversial pass inference call that cost Purdue a go-ahead TD. Minnesota was outgained by Purdue by a 492-394 margin, however, did not commit a turnover in the loss. Leading the way for the Golden Gophers was Mohamed Ibrahim who had 102 rushing yards & 3 TD’s on 25 carries.

Northwestern has to be disappointed after their upset loss at Michigan State, however, this is still a very good football team that has one of the best defenses in the country. Minnesota has been one of the bigger disappointments in College Football this season and between the fact that they really only have one weapon on offense in Mohamed Ibrahim and that their defense has struggled slowing anyone down this season, I think the Wildcats get back on track and cover this large road spread. Good Luck!