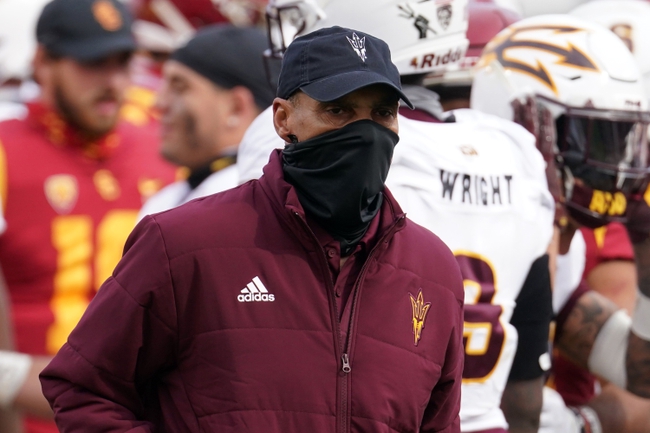 The Utah Utes and Arizona State Sun Devils face off on Sunday in a college football showdown at Sun Devil Stadium.

The Utah Utes have dealt with a lot of COVID issues so far this year but in their first game of the season they didn’t look great. Utah’s defense did play better in the second half, but that was only after it was too late and they ended up losing 33-17. At quarterback, USC is led by Jack Bentley who threw for 171 yards one touchdown, and two interceptions. On defense, Utah let USC do whatever they wanted and in this game they are going to need to find a way for the defense to be better. If the defense gets out to a slow start, UTah might not have the offense this year to make up for it.

On the other side of this matchup is the Arizona State Sun Devils who also played USC in their only game of the season, but they struggled in the 4th quarter and that led to a one point loss. Arizona State was outscored 14-3 in the 4th quarter, and in this game, letting them off the hook in the 4th quarter can’t let them down. At quarterback Arizona State is led by Jayden Daneils and in the first game he threw for 134 yards and a touchdown. He also was a threat out of the backfield rushing for 111 yards on 11 carries. Arizona State has dealt with a lot of COVID issues and had a game postponed because of it, so there has to be some question heading into this game about what players are going to be available, and what players won’t be with the team.