UTEP is coming off a 52-21 loss to UTSA in Week 11 of the college football season. UTEP is now 3-4 on the year and 0-3 in conference play. UTEP has lost three games in a row, as the Miners have been cold as of late. UTEP has scored 20.1 points per game, as the offense has struggled badly. UTEP only manages to earn 326.9 total yards per contest on offense, with only 115.1 of those yards coming on the ground. UTEP has allowed 29.0 points per game to its opposition, but the defense was especially bad in its last game. UTEP allowed 52 points and 600 yards to UTSA in Week 11, which is never going to be good enough to stay competitive in games. UTEP is not known as a Conference-USA powerhouse, but fans and coaches alike will look for a better performance from the Miners in Week 13.

Rice was defeated by North Texas by the final score of 27-17 in Week 12 on the road. Rice led early in that game, but North Texas was able to mount a comeback and never looked back. Rice is now 1-2 on the year and in conference play as well, as the Owls will look to get back to .500 with a home win over UTEP. Rice scores 27.0 points per game and earns 404.3 total yards per contest as well. Rice allows 24.3 points per game on 369.7 yards of offense.

Last season, Rice was able to defeat UTEP by the final score of 30-16 at UTEP.

Rice opens as 8-point favorites and the total is set at 46.5. I like Rice to win this game at home, but I am not ready to lay eight points with Rice, even at home. I see UTEP moving the ball enough to keep this game close, enough to catch a cover on the road. This could be a backdoor situation here, where a late score by UTEP earns the cover. 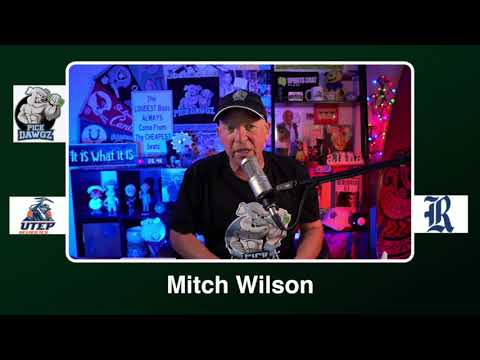