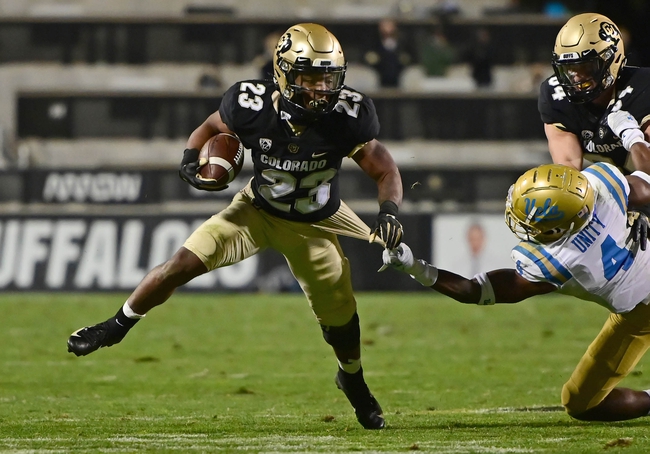 The San Diego State Aztecs and Colorado Buffaloes face off on Saturday in a college football showdown at the Folsom Field.

Colorado was originally supposed to USC but because of COVID concerns that game was canceled so San Diego State has stepped into play.

There has been trouble getting games with their last game canceled for COVID, but Colorado now has an opponent after winning their first two games of the season.To win the start, Colorado beat UCLA 48-42, and in the last game against Stanford they won 35-32.On the season, Colorado is averaging 41.5 points per game while their defense is giving up 37 points per game.The passing game has been good, but even better has been the rushing game that is averaging 220.5 yards per game on the ground. Jarek Broussard has been the best player on the ground for Colorado putting up 308 yards and three total touchdowns. In this game it’s going to be about the offense running up the score early and often and making this a blowout.

On the other side of this matchup is the San Diego State Aztecs who have played five games so far this year, and came out on top of three of them. One of those losses though was in their last game against Nevada, a game they lost by five points. On the season, San Diego State is averaging 28.8 points per game while the defense is giving up 15.4 points per game. The defense is the strength of the team, ranked eighth in the entire country. At quarterback, San Diego State is led by Carson Baker who has thrown for 591 yards, three touchdowns, and three interceptions. The defense will need to be good, but chances are they won’t be shutting out Colorado so the offense will need to find some success to keep this one close.