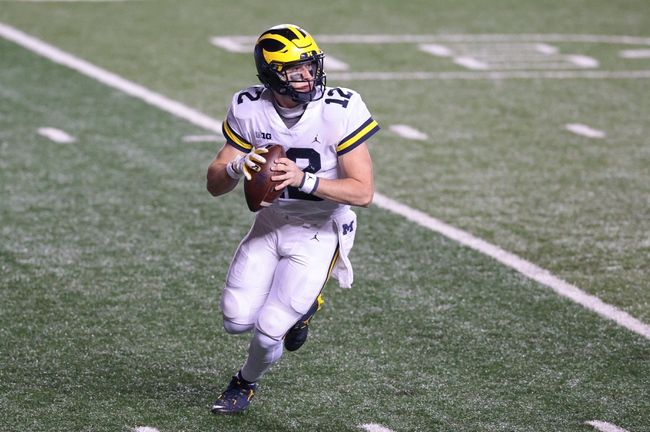 The Penn State Nittany Lions will travel to Michigan Stadium to take on the Michigan Wolverines this Saturday afternoon in College Football action.

The Penn State Nittany Lions are still searching for their first win of the season as the Nittany Lions fell to 0-5 (0-5 Big Ten) on the season after being defeated by the Iowa Hawkeyes, 41-21, this past Saturday. Penn State struggled with turnovers against the Iowa defense and could not fight back after falling behind by a 31-7 margin midway through the 3rd quarter. Penn State was outgained by Iowa by a 361-342 margin and lost the turnover battle by a 4-1 margin in the loss. Leading the way for the Nittany Lions was WR Jahan Dotson who had 8 receptions for 139 yards & 1 TD.

The Michigan Wolverines snapped their 3-game losing streak and improved to 2-3 (2-3 Big Ten) on the season after defeating the Rutgers Scarlet Knights, 48-42 in 3OT, this past Saturday. Michigan allowed Rutgers to force OT after the Scarlet Knights scored on a 4th down late in the 4th quarter, however, the Wolverines were able to get to win after a big defensive stop after scoring to kick off the 3rd OT. Michigan outgained Rutgers by a 495-486 margin and forced one turnover in the victory. Leading the way for the Wolverines was QB Cade McNamara who completed 27 of 36 passes for 260 yards & 4 TD.

Michigan and Penn State have both been two of the biggest disappointments in College Football season, however, I think the current state of the Nittany Lions is much worse. Penn State has looked awful over the past two weeks in their losses against Nebraska (who just got destroyed by Illinois) & Iowa and as I think Cade McNamara will find success against the Penn State defense, I’m taking the home team to cover this small spread. Good Luck! 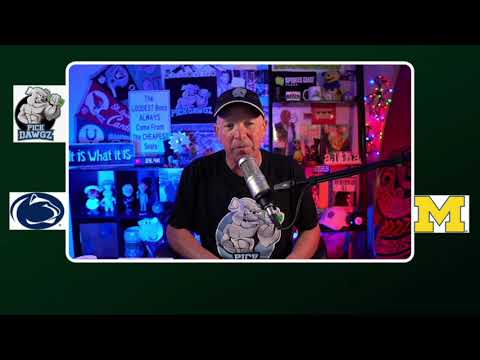