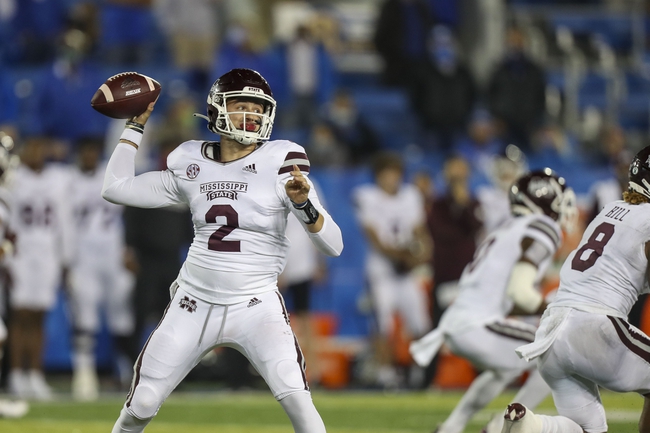 The Mississippi State Bulldogs will travel to Vaught-Hemingway Stadium to take on the Ole Miss Rebels this Saturday afternoon in College Football action.

The Mississippi State Bulldogs dropped to 2-5 (2-5 (SEC) on the season after being defeated by the 13th ranked Georgia Bulldogs, 31-24, this past Saturday. Mississippi State kept the game close, however, had no answers for the JT Daniels who threw for over 400 yards & 4 TD’s for the Bulldogs and could not fight back after Georgia took a 31-24 lead with 9:50 left in the game. Mississippi State was outgained by Georgia by a 409-358 margin and did not force a turnover in the loss. Leading the way for the Bulldogs was QB Will Rogers who completed 41 of 52 passes for 336 yards & 1 TD.

The Ole Miss Rebels had their game against the 5th ranked Texas A&M Aggies postponed last week due to Covid-19 and come into this game with an overall record of 3-4 (3-4 SEC) on the season after defeating the South Carolina Gamecocks, 59-42, on November 14th. Ole Miss has no trouble piling up the points & yards against the South Carolina defense and pulled away late after scoring 21-unanswered points to close out the final 12:02 of the game. Ole Miss outgained South Carolina by a 708-548 margin and forced one turnover in the victory.

We have The Egg Bowl this weekend in what should be a very entertaining, high scoring game between he Bulldogs & Rebels. Ole Miss is certainly the more explosive offensive team, however, I was impressed by how Will Rogers looked last week against Georgia and expect Mississippi State and their “Air-Raid” offense to have success against a Rebels team that ranks 124th in scoring defense & 116th in passing defense. I think this will be a back-and-forth shootout, however, as this is a rivalry game and that I think Mississippi State will be able to keep this close, I think the play here is to take the Bulldogs and the points. Good Luck! 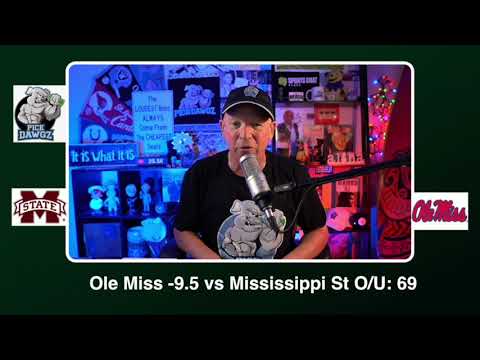