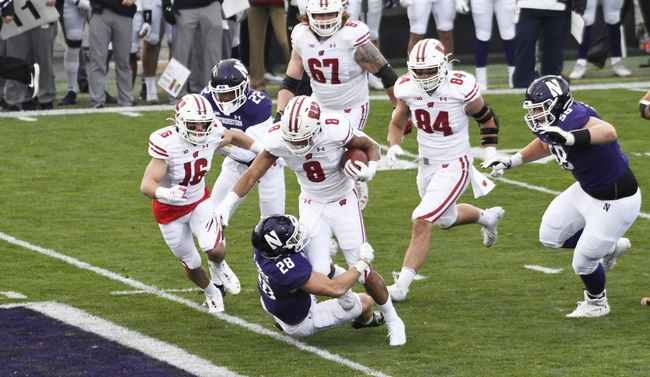 The Minnesota Golden Gophers will travel to Camp Randall Stadium to take on the 18th ranked Wisconsin Badgers this Saturday afternoon in College Football action.

The Minnesota Golden Gophers improved to 2-3 (2-3 Big Ten) on the season after defeating the Purdue Boilermakers, 34-31, this past Friday night. Minnesota took a 34-24 lead early in the 4th quarter on Mohamed Ibrahim’s 3rd TD of the day and was able to hold on late in part of a controversial pass inference call that cost Purdue a go-ahead TD. Minnesota was outgained by Purdue by a 492-394 margin, however, did not commit a turnover in the loss. Leading the way for the Golden Gophers was Mohamed Ibrahim who had 102 rushing yards & 3 TD’s on 25 carries.

The 18th ranked Wisconsin Badgers dropped to 2-1 (2-1 Big Ten) on the season after being defeated by the 19th ranked Northwestern Wildcats, 17-7, this past Saturday. Wisconsin struggled with turnovers against the tough Northwestern defense and could not fight back after a 32-yard FG by the Wildcats Charlie Kuhbander gave Northwestern a double-digit lead early in the 4th quarter. Wisconsin outgained Northwestern by a 366-263 margin, however, committed five turnovers in the loss. Leading the way for the Badgers was RB Jalen Berger who had 93 rushing yards on 15 carries.

Minnesota has one of the better RB’s in all of College Football in Mohamed Ibrahim, however, it has been a disappointing season for the Golden Gophers as their offensive at times can struggle with their passing attack while their defense has been pretty non-existent. Wisconsin had an uncharacteristic performance offensively against Northwestern however, between the fact that I think the Badgers defense at home will give Minnesota trouble and that the Wisconsin rushing attack should have a field day against Minnesota’s 111th ranked rush defense, I’m taking Wisconsin to have a big bounce game and cover this large home spread. Good Luck!