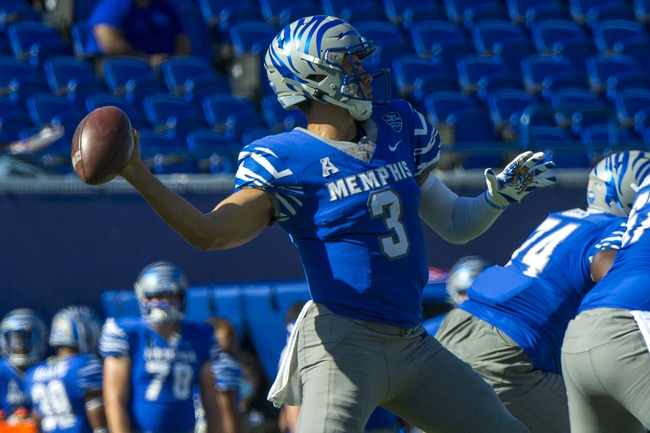 The Memphis Tigers will travel to Navy-Marine Corps Memorial Stadium to take on the Navy Midshipmen this Saturday night in College Football action.

The Memphis Tigers improved to 5-2 (3-2 AAC) on the season after defeating the Stephen F. Austin Lumberjacks, 56-14, this past Saturday. Memphis led by just a 20-14 margin at halftime, however, had no trouble putting up points on the scoreboard throughout the 2nd half and pulled away after taking a 42-14 lead early in the 4th quarter. Memphis outgained Stephen F. Austin by a 574-224 margin and forced two turnovers in the loss. Leading the way for the Tigers was WR Calvin Austin III who had 10 receptions for 173 yards.

The Navy Midshipmen had their 3rd straight game postponed due to Covid-19 and come into this game with an overall record of 4-3 (3-2 AAC) on the season after being defeated by the 22nd ranked SMU Mustangs, 51-37, on October 31st. Navy had no answers on the defensive end for the potent SMU offensive attack and could not fight back after SMU took a 45-17 lead on a 20-yard TD reception by Rashee Rice with 5:17 left in the 3rd quarter. Navy was outgained by SMU by a 555-430 margin and committed one turnover in the loss. Leading the way for the Midshipmen was QB Tyger Goslin who completed 6 of 10 passes for 123 yards & 2 TD.

Navy is nowhere near as strong as we have seen in past years and have been pretty non-competitive against top-tier competition as in their four losses (BYU, Air Force, Houston, SMU), the Midshipmen have lost by an average of 28.8 ppg. Memphis is one of the better offensive teams in the country and as I think they will have no problem piling on points on Navy’s 109th ranked scoring defense, I think the play here is to take Memphis to cover this large home spread. Good Luck! 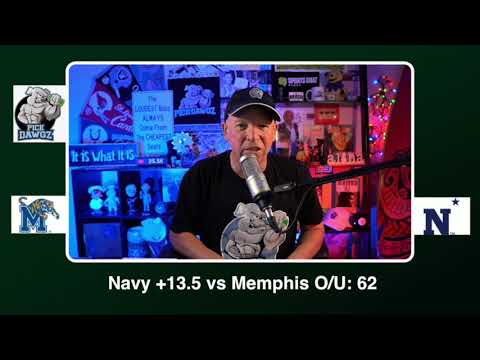