The LSU Tigers and Texas A&M Aggies face off on Saturday in a college football showdown at Kyle Field.

The LSU Tigers have dealt with all sorts of adversity this season and they currently only sit with a 3-3 record. Even though there have been some struggles this season, LSU is coming off a win in their last game against the Arkansas Razorbacks. The LSU offense still wasn’t elite in the last one, but they scored 17 points in the 2nd quarter and that was enough as they came away with the victory. On the season LSU is averaging 34.3 points per game while the defense is giving up 32 points per game, The Tigers have dealt their injuries at quarterback but TJ Finley has improved for the team and is coming off a game where he threw for 271 yards and two touchdowns. The defense is an issue and they need that to be better in this game or they will lose.

On the other side of this matchup is the Texas A&M Aggies who have won all their games except against the Alabama Crimson Tide in their second game of the season. On the season Texas A&M is averaging 33.3 points per game while their defense is giving up 25 points per game. At quarterback, Texas A&M is led by Kellen Mond who has thrown for 1468 yards, 16 touchdowns, and two interceptions. In the last game against South Carolina, he threw for 224 yards, four touchdowns, and zero interceptions. In this game they are facing a defense that hasn’t been great and they need to take advantage and try to run up the score.

Texas A&M is the better team and they are going to have no issue getting the job done. Texas A&M is going to run up the score and LSU won’t have any chance to keep up. Back Texas A&M to win this game and cover the spread. 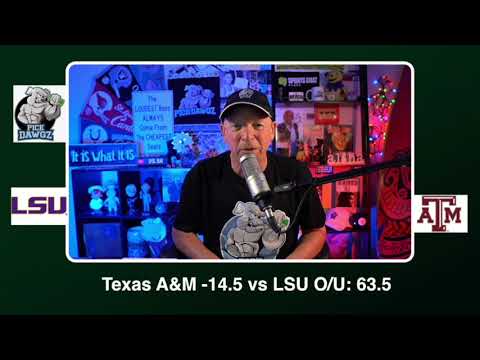