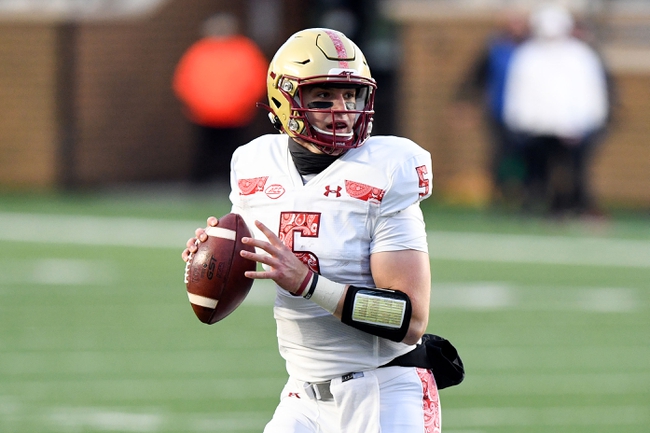 The Louisville Cardinals will travel to Alumni Stadium (Chestnut Hill, MA) to take on the Boston College Eagles this Saturday afternoon in College Football action.

The Louisville Cardinals snapped a 2-game losing streak and improved to 3-6 (2-6 ACC) on the season after defeating the Syracuse Orange, 30-0, this past Friday. Louisville was outstanding defensively against a very young Syracuse offense and had no trouble cruising to victory after taking a 20-0 lead into halftime. Louisville outgained Syracuse by a 413-137 margin and forced three Syracuse turnovers in the victory. Leading the way for the Cardinals was Malik Cunningham who completed 19 of 28 passes for 219 yards, 1 TD, & 2 INT while also rushing for a TD.

The Boston College Eagles dropped to 5-4 (4-4 ACC) on the season after being defeated by the 2nd ranked Notre Dame Fighting Irish, 45-31, on November 14th. Boston College was able to get out to a 10-3 lead early in the game, however, the Eagles struggled slowing down the Notre Dame offense and could not fight back after the Fighting Irish took a 38-16 lead midway through the 3rd quarter. Boston College outgained Notre Dame by a 557-357 margin and committed two turnovers in the loss. Leading the way for the Eagles was QB Phil Jurkovec who completed 18 of 40 passes for 272 yards, 2 TD, & 1 INT.

Louisville picked up a nice win against Syracuse but do not be misled by their defensive shutout as that had much more to do with the Syracuse offense being awful than the Louisville defense being strong. Boston College has been a competitive team this season and for the most part, strong at home and between the fact that I think Phil Jurkovec will be able to have a big day against the Cardinals secondary and that Louisville no longer has Javian Hawkins available, I’m taking Boston College in this one. Good Luck! 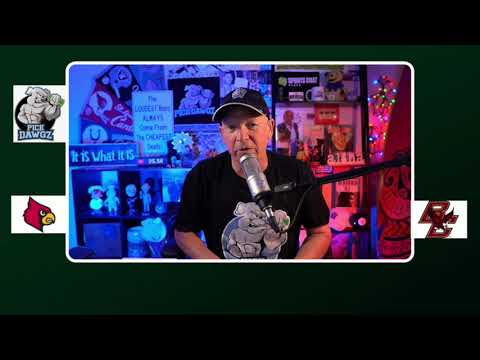