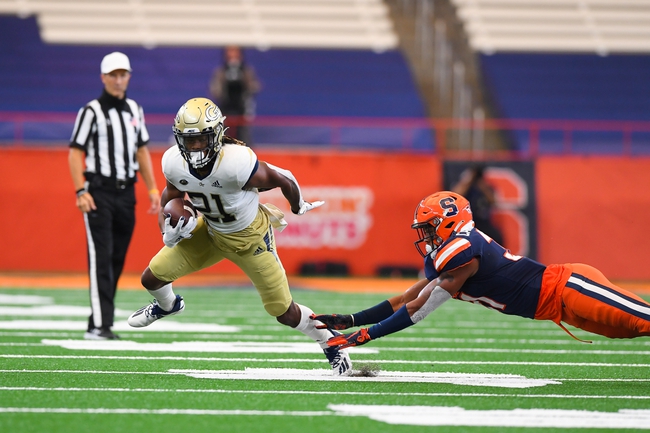 Where to Watch: RSN Stream live sports and exclusive originals on ESPN+. Sign up now!

The Duke Blue Devils will travel to Bobby Dodd Stadium to take on the Georgia Tech Yellow Jackets this Saturday night in College Football action.

The Duke Blue Devils had their game last week against Wake Forest cancelled due to Covid-19 and come into this game with an overall record of 2-6 (1-6 ACC) on the season after being defeated by the North Carolina Tar Heels, 56-24, on November 7th. Duke had no answers for the potent North Carolina offense and could not fight back after going into halftime trailing by a 42-10 margin. Duke was outgained by North Carolina by a 573-411 margin and committed two turnovers in the loss. Leading the way for the Blue Devils was RB Mataeo Durant who had 132 rushing yards & 1 TD on 11 carries.

The Georgia Tech Yellow Jackets have had their last two games (Pitt, Miami) postponed due to Covid-19 and come into this matchup with an overall record of 2-5 (2-4 ACC) on the season after being defeated by the 4th ranked Notre Dame Fighting Irish, 31-13, on October 31st. Georgia Tech had trouble get anything going on the offensive end against the tough Notre Dame defense and could not fight back after the Fighting Irish took a 31-7 lead early in the 4th quarter. Georgia Tech was outgained by Notre Dame by a 426-238 margin and committed one turnover in the loss. Leading the way for the Yellow Jackets was RB Jahmyr Gibbs who had 61 rushing yards on 14 carries while also hauling in 49 yards on 5 receptions.

Both these teams of struggled this season but I am going to have a hard time backing the Blue Devils after watching them look lost on both sides of the ball in their recent game against the Tar Heels. Georgia Tech has not looked much better this season however, between the fact that Duke has struggled on the road this season and has committed 25 turnovers this season, I think the duo of Jeff Sims and Jahmyr Gibbs will do enough for the Yellow Jackets to pick up the win at home. Good Luck! 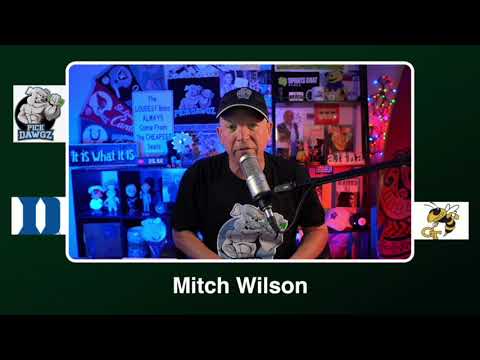