The Coastal Carolina Chanticleers and Texas State Bobcats face off on Saturday in a college football showdown at TSU Bobcat Stadium.

Coastal Carolina are one of the best non-power five conference teams in college football and they currently sit with an 8-0 record. Coastal Carolina was tested in their last game against Appalachian State but they made plays late when it mattered most, and that led to a 34-23 victory. Coastal Carolina is averaging 37.4 points per game while the defense is giving up 17.1 points per game. Quarterback Grayson McCall has been a star for the Chanticleers throwing for 1593 yards, 18 touchdowns, and one interception. Coastal Carolina is facing a defense that is bad, and this is going to be a perfect opportunity for them to run up the score.

On the other side of this matchup is the Texas State Bobcats who sit with a 2-9 record but they are coming off a win in their last game against the Arkansas State Red Wolves. The defense has been an issue all season and even in the last game they gave up 45 points, but Texas State scored 47 points and that led to the victory. On the season Texas State is averaging 28.9 points per game while the defense is giving up 37.2 points per game. One issue for Texas State is they lost starting quarterback Tyler Vitt for the season. Brady McBride will be under center in this game and on the season he has thrown for 1593 yards, 16 touchdowns, and seven interceptions.

Coastal Carolina is going to run up the score in this game and Texas State’s defense is going to have no answer for them. Texas State might not keep up, but they are going to score enough points to help push this game over the total. This really shouldn't be close and if you can buy up a few points, do it. 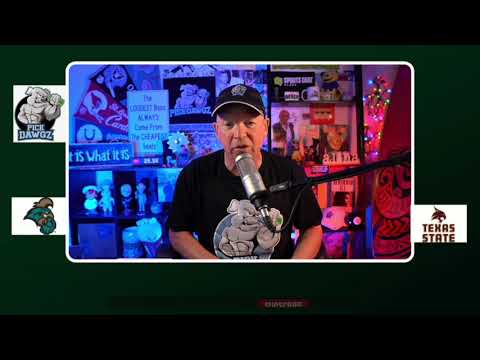