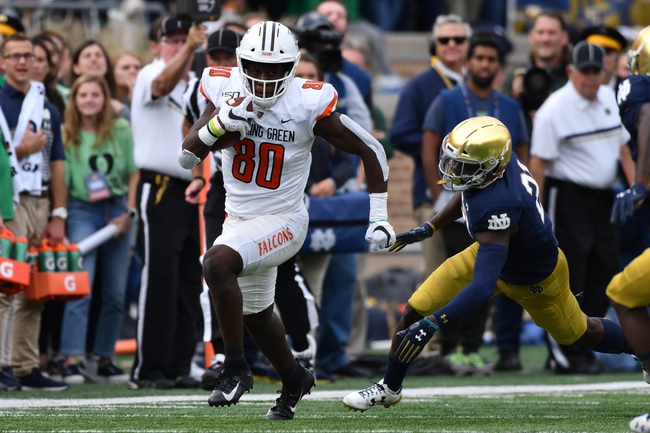 The Bowling Green Falcons will travel to Peden Stadium to take on the Ohio Bobcats this Saturday afternoon in College Football action.

The Bowling Green Falcons are still in search for their first win of the season as the Falcons fell to 0-3 (0-3 MAC) on the season after being defeated by the Buffalo Bulls, 42-17, this past Tuesday. Bowling Green once against struggled defensively and could not fight back after falling behind by a 35-3 margin late in the 3rd quarter. Bowling Green was outgained by Buffalo by a 470-399 margin and lost the turnover battle by a 1-0 margin in the loss. Leading the way for the Falcons was RB Terion Stewart who had 42 rushing yards & 2 TD’s on 9 carries.

The Ohio Bobcats had their game last week against the Miami (OH) Redhawks cancelled due to Covid-19 and come into this with a 1-1 (1-1 MAC) record after defeating the Akron Zips, 24-10, on November 10th. Ohio was able to get out to a quick 14-0 lead and although they allowed Akron to hang around late, the Bobcats were able to pull away late after a 1-yard TD run by De’Montre Tuggle with 2:02 left in the 4th quarter. Ohio was outgained by Akron by a 435-307 margin, however, did win the turnover battle by a 3-0 margin in the victory. Leading the way for the Bobcats was RB De’Montre Tuggle who had 139 yards & 2 TD’s on 22 carries.

Ohio is the better team as Bowling Green looks like their in for another long season with he inability to do much on either side of the ball, however, I think Ohio is a bit overrated as their offense hasn’t looked that sharp over their first two games. Bowling Green has had a tough schedule to start the season as their opponents (Buffalo, Kent State, Toledo) are 9-1 on the season and although I don’t think they have a chance to win this game, I do think they will do enough to cover with the large amount of points. Good Luck! 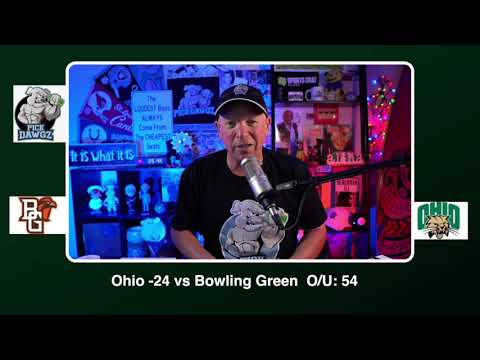